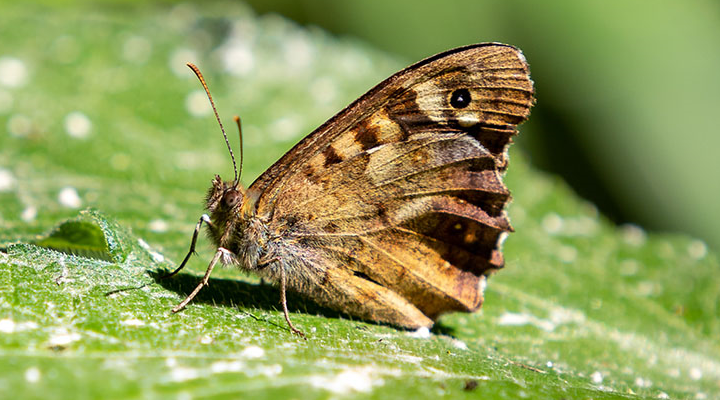 Maintaining biodiversity is important to us. That’s why we made a submission to the independent review of the Environment Protection and Biodiversity Conservation Act in which we argue for urgent action to slow land clearing and address extinction rates. It’s why we don’t invest in animal agriculture, which is the leading cause of land clearing in Eastern Australia. And it’s why we support the transition to a more plant-based diet, which would reduce the overuse of antibiotics in farming. According to the UN, antibiotic resistance due to ‘run off’ from farms is an emerging threat to human health.

Biodiversity is a big factor when it comes to the spread of disease. It’s estimated that three quarters of all new or emerging infectious diseases are zoonotic, which means they’re passed from a mammal, bird or reptile to humans. Some zoonotic pathogens, such as malaria, are spread through biting insects like mosquitoes. Others, like E. coli, spread through food or water. And some are passed through direct or indirect contact with infected animals. A number of zoonotic illnesses have become pandemic in humans – most notably HIV/ AIDs, H1N1 (swine flu) and the virus responsible for COVID-19, SARS-CoV2.

The makings of a pandemic

Viruses from animals can spill over to humans when people interact with infected animals repeatedly – for example, through hunting, farming or butchering animals, or through the wildlife trade. Some diseases spread when wild animals make direct contact with humans. Others spread through crossspecies contamination by being passed to humans from livestock via wildlife. If a disease can then spread directly from person to person – say through coughing or sneezing – it can infect a large percentage of the population.

Dr Rosemary McFarlane is an Assistant Professor in Public Health at the University of Canberra, with expertise in health, biodiversity, environmental sustainability and food production. She says in a very general sense, falling biodiversity and monocultures of domesticated animals can help make it easier for pathogens to cross over to humans. “Where there are new pathogens from wildlife, our domestic animals often form a bridge,” she says. “They might interact with the source of the new pathogen. It might become a little bit modified within them and those modifications might then make it even easier for them to cross to humans.”

Land clearing is also contributing to falling biodiversity by destroying the natural habitats of wildlife and insects. What’s more, as forests are destroyed, more carbon is released, contributing further to climate change. This can further impact native animals’ food, water and shelter sources. As a result, species look for new places to live – which can drive them closer to humans.

As an example, Dr McFarlane points to land clearing in Eastern Australia and the recent emergence of bat diseases in this region. “We’ve taken the habitat away,” she says. “We’ve forced our fruit bats into urban areas at greater and greater rates.” This close proximity of wildlife means highly infectious pathogens can more easily spread to humans. But what enables them to turn into a pandemic is our connected human systems. “In Neolithic times, we saw people coming together in little concentrations in the vast natural world with their domesticated animals – now it’s almost the reverse situation,” says Dr McFarlane.

“Damage to natural ecosystems, which pushes us closer to wildlife; the incredible numbers of livestock and the many farming systems, which make mutation and variants of new viruses more probable; and human systems [have enabled] emerging pathogens to rapidly spread not just locally, but globally.”

So what action can we take to help prevent further pandemics and preserve biodiversity? Dr McFarlane points to the UN’s Sustainable Development Goals, which include action on poverty and hunger, affordable clean energy, good health and wellbeing, quality education and gender equality. Committing to take action to meet these targets can help restore biodiversity and reduce conditions that make pandemics possible.

“Within the hunger goal, for example, there’s a real push to move to regenerative-style agriculture, which does not damage the land and is pro conservation.” This is something we support through our Community Grants program, which has helped fund organisations like One Girl, Free to Shine and Love Mercy. “We have to embrace that the natural world is our absolute bedrock – and to value biodiversity as something that underpins our health,” says Dr McFarlane. “We have to be able to marry the natural world’s needs with our social systems.”