Why we don’t support horse racing 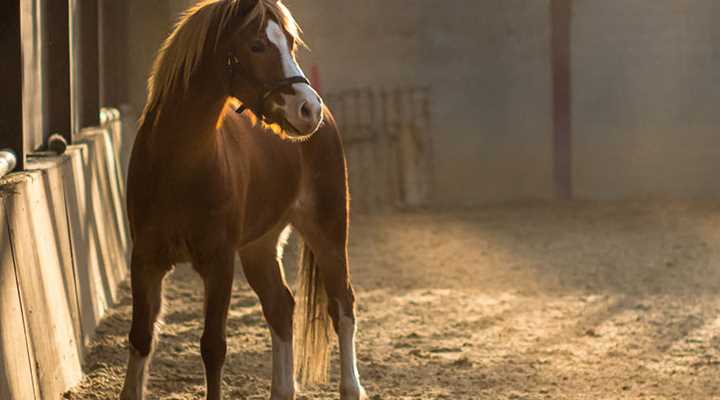 Socialites spend thousands on designer outfits, the champagne flows, Victoria celebrates a public holiday and the nation stops – but look behind the glitz and glamour and you’ll find a dark side to horse racing.

Wastage, whips, tongue ties, death on the track and excessive gambling – the racing industry takes a heavy toll on animals and humans.

Horses are treated as commodities

Horses are intelligent and emotional animals with unique personalities. They can recognise human emotion, they can even learn to communicate their preferences to us, and they may also form bonds with other horses that can withstand years of separation. But in the high stakes racing industry, they are often treated as commodities.

One of the most disturbing words in the racing lexicon is ‘wastage’. Wastage refers to the horses that are discarded by the industry. Around 11,000 thoroughbred foals are born every year in Australia. Thousands of these horses will never make it to a racetrack, either because they don’t run fast enough, or because of illness, injury or unsuitable temperament. For the horses that do make it, they will likely have a racing career of only 2-3 years, yet their life expectancy is 25-30 years.

We do not know what happens to horses when they exit the racing industry. What we do know is that around 8,500 adult thoroughbreds will exit the racing industry each year. Even thoroughbreds that have won hundreds of thousands of dollars in prize money can end up in saleyards and sell for as little as $340. Statistics about the number of animals that end up in the abattoir are hard to find. The industry claims that only a small percentage of retiring thoroughbreds in Australia go to the abattoir, but this only refers to the horses that go direct to the abattoir. Horses may change ownership, move interstate, be used for breeding or other equestrian pursuits, before being sold to the knackery and there is no accurate or transparent system for monitoring this.

And while it’s horrible to think of a racehorse ending their life in an abattoir, these horses are potentially avoiding an even worse fate. Some horses endure years of neglect, which the RSPCA has identified as being a significant welfare problem across all breeds and types of horses in Australia.

Whipping is likely to inflict pain and distress on horses, yet each year millions of Australians watch horses being repeatedly whipped during the Melbourne Cup and other horse racing events. One researcher has commented that whipping in horse-racing is the most public form of violence to animals in Australia today

Another practice, which is less visible to spectators but also causes pain and discomfort, is the use of tongue ties. A tongue tie is a piece of nylon or elastic that is wrapped tightly around the horse’s tongue and tied to the lower jaw to keep the tongue in place during a race. Tongue ties cause pain, anxiety and distress, difficulty swallowing, cuts and lacerations to the tongue, bruising and swelling. The restriction of blood flow by the tongue tie use can cause the tongue to turn blue and can result in permanent tissue damage. In recognition of the welfare issues, tongue ties have been banned or restricted in other countries.

Injury and death on the racetrack

In recent years the Melbourne Cup has been marred by tragic deaths. The Cliffsofmoher was euthanised on the Flemington track after breaking its shoulder during the Melbourne Cup in 2018. Regal Monarch was euthanised the day after the 2017 Melbourne Cup after falling during the race. In previous years, Red Cadeaux (2015), Admire Rakti (2014), Araldo (2014) and Verema (2013) were all euthanised after sustaining injuries in the Melbourne Cup. While some industry representatives will claim these events are rare, on average, one horse died on Australian racetracks every three days in 2018/19.

But injury and death aren’t the only on-track welfare risks – Exercise-Induced Pulmonary Haemorrhage (EIPH) is another one. The exertion of the races causes 75% of horses to bleed into their lungs and windpipe. However, when horses were evaluated after three races by means of a tracheobronchoscopy, blood was present in the large airway of 100% of horses on at least one occasion. Racing Victoria acknowledges that some degree of EIPH may occur in up to 75% of race horses and that in a recent study, conducted on Victorian racecourses, 55.3% of starters had some degree of EIPH on post-race endoscopic examination.

At Australian Ethical we don’t invest in the gambling industry because of the financial, psychological and relationship harm caused to problem gamblers and their families. While many Australians enjoy the occasional bet, for some, it is highly destructive and can ruin lives and destroy families.

We don’t want to see people spiralling into out of control debt, family breakdown, mental health issues or substance abuse because of gambling.

How to have a fun day out without supporting the Cup

The horse racing industry values animals on the basis of financial return, which means profit is often put before kindness. But the good news is there are plenty of other ways to have a fun day out. Check out our list of five ways to have a cruelty free Cup day!!