We must stay below 1.5°C of warming 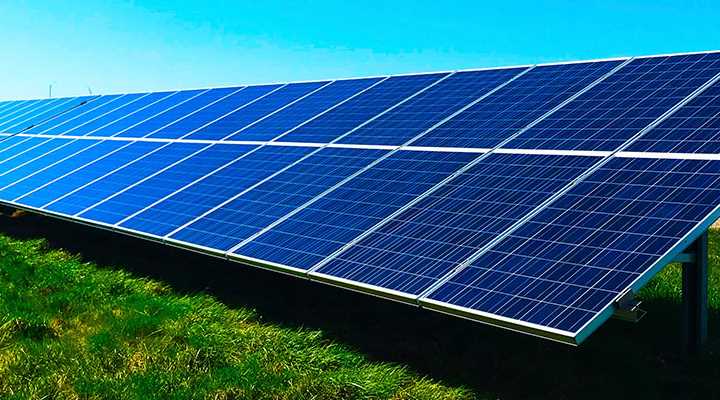 The past year has been as tough as they come for those in climate despair. We seem to be going backwards with the latest approvals for the Adani Carmichael coal mine and the stark reality of the bushfires on Australia’s east coast. Here’s how your savings are helping Australia find its climate mojo and make 2020 a turnaround year for climate action.

Dramatic change is needed to limit global warming to a level which avoids devastating harm to people, animals and the planet. In October 2018 the IPCC left us in no doubt about the harm that is coming our way as we move beyond today’s 1°C temperature increase. Up to 90% of coral reefs will disappear by 1.5 degrees, and over 99% will be gone at 2 degrees. The IPCC makes it clear that every little bit of warming matters. Warming beyond 1.5°C increases the risk of irreversible changes, whereas the changes which keep warming under 1.5°C will deliver a more sustainable and equitable society.

This comes as no great surprise given many years of scientific evidence about climate change and its impacts – not to mention the evidence of our own eyes about rising sea levels, drought and extreme weather. What is surprising, and maddening, is the continuing lack of climate action in government and business. The UN Emissions Gap Report released in November 2019 laid out the difference between “where we are likely to be and where we need to be” to achieve the goals of the Paris Agreement. The report described its findings as “bleak”, noting that emissions have risen at a rate of 1.5% per year in the past decade. To make matters worse, there is no sign of greenhouse gases peaking in the next year – and every year of postponed peaking means that deeper and faster cuts will be required.

What are we doing to help?

So how is Australian Ethical stepping up and leveraging the power of our clients’ savings to meet the climate challenge? To recap: In 2014 we set a target for our investments of net zero emissions by 2050, which is aligned with the reduction needed to achieve the 1.5°C limit. In 2015 we committed to define a trajectory for emissions reduction aligned with the Paris Agreement, to be verified by the Science Based Targets initiative (SBTi). This year we contributed to the SBTi work on a science-based methodology for investor portfolios, and once finalised we will apply that methodology to set further 1.5°C aligned targets for our investments. In the interim we have measured and reported the carbon footprint of our share investments and tested our power generation investments against International Energy Agency (IEA) emissions reduction scenarios. This work verifies our progress towards our net zero emissions target, with a share investment footprint one third of global share markets and renewable electricity generation six times those markets.

In our day-to-day investing and influencing, climate change is the top factor we consider when applying our Ethical Charter to companies because of the wide-ranging implications for people, animals and the planet. We exclude companies assessed to be obstructing the action needed to limit global warming to well below 2°C and then to 1.5°C, and we actively invest in clean energy solutions like energy efficiency, renewable energy and battery storage. That means we don’t invest in oil, gas or coal companies, but we will invest in a transition company like Contact Energy which generates 80% of its electricity from hydro and geothermal (but falls back to gas when low rainfall reduces hydro-power generation). We have also raised our climate expectations of companies in some sectors because of widespread inaction. In the food sector we now focus solely on investment in lower emissions plant-based protein and nutrition. The World Resources Institute assesses that “beef requires 20 times more land and emits 20 times more greenhouse gas emissions per gram of edible protein than common plant proteins, such as beans”.

On the shareholder advocacy front, this year we co-filed a shareholder resolution arranged by Market Forces that called on insurer QBE to disclose its targets to reduce investment and underwriting exposure to coal, oil and gas in line with 1.5°C. Although QBE responded positively with a commitment to phase out insurance for thermal coal, it continued to signal support for oil and gas. So we attended the QBE annual general meeting in May to encourage QBE directors to adopt restrictions on oil and gas as well as coal. Under sustained questioning at the meeting from Australian Ethical and others, the company said its climate restrictions will continue to evolve; that QBE “hear and listen to folks like yourself”.

The most effective climate response requires strong action by all of government, business and citizens. We therefore scrutinise lobbying or other action by companies which undermines sensible public climate policy. Sadly, many companies and their industry associations have encouraged polarising climate disinformation and made political donations which have helped to derail constructive climate debate and policy. To combat this, we supported several shareholder resolutions over the last year calling for greater transparency about companies’ climate change positions and challenging their support for industry associations which promote contradictory positions on climate policy.

But it’s not enough for companies simply to stop speaking climate untruths. Investors and businesses need to join individuals and groups across society as an active voice to remind governments of their responsibility to implement the Paris Agreement and to limit warming to 1.5°C. The School Strikes for Climate provide a great opportunity for companies to stand with young people challenging political leaders to protect their future. The climate strike movement encouraged workers to join school students on 20 September 2019 to protest government and business inaction. Australian Ethical supported its employees who participated in the strike by joining over 3,000 businesses and organisations in the ‘This is not business as usual’ campaign. Let’s make 2020 the year that Australia corrects course to become a climate leader, not a climate laggard.

Dr Stuart Palmer is the Head of Ethics Research at Australian Ethical.