Urban mining: Push to cash in on trash 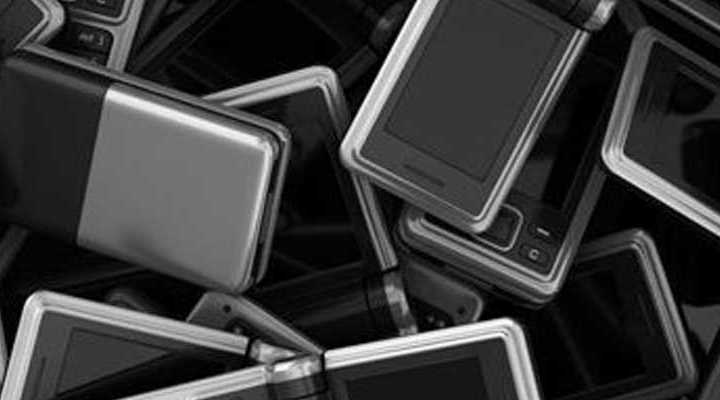 Forget about below-ground mining. There’s a growing push from economists and industry to map and make use of the resources found in ‘urban mines’ – such as those mobiles found in your kitchen drawer or old metal infrastructure.

How to supply that demand is of increasing concern. “The era of cheap and easily available resources is passing,” says Dr Damien Giurco, research director of the Institute of Sustainable Futures and leader of the Wealth from Waste cluster.

The researchers will identify new business models and technical innovations to process “urban mining” commodities – the metals found in discarded products in homes or businesses or locked up in landfill.

Disposing of our disposable culture

Unlocking the potential of above-ground metal stocks is essential if Australia is to maintain a competitive advantage. “We need to look ahead to see where Australia would fit in a world where one of the really significant economic opportunities is a change of thinking around circular economies,” says Giurco.

The concept of the circular economy isn’t entirely new, having its root in the “cradle-to-cradle” approach that has been the bedrock of sustainable design. However, it sees a mainstreaming of the idea and the broader application of “closed loop” thinking. At its core is the idea that we need to transition from a “take-make-dispose” economy in which resources are mined, used for manufacture, then discarded.

In a circular economy, in addition to more recycling, there is a shift in industrial production models. Companies start to close the loop on their daily productions, not just producing products but also taking them back at end-of-life to extract valuable materials that can be used to produce new items.

It requires a shift in thinking for businesses, away from a model where revenue is generated via a product’s inbuilt obsolescence and by pushing consumers to buy a new product rather than repair an old one. Circular economy businesses are structured around services and product upgrades, coupled with a more efficient approach to energy and resources.

One company exploring how this might apply is Puzzlephone. The phone is designed to last 10 years and includes three parts that can be easily customised, replaced or upgraded: a “brain” with the main electronics, a “heart” with the battery, and a “spine” with an LCD screen. Google is working on a similar concept, the Project Ara with both products expected to be released in 2015/16.

Recycling our approach to recycling

As the Puzzlephone demonstrates, achieving a circular economy isn’t just about having a will to find a way – there is a need for new thinking and new technology.

For the researchers at UTS, their focus in the Wealth from Waste program is on building new business models to support circular economies. A key concern is how Australia can build capacity to process our own waste.

The world is experiencing historically low recycling rates. In an era where energy efficiency and the need to transition from fossil fuels to renewable energy sources is increasingly urgent, this is of huge concern. Recycling requires significantly less energy per kilogram of metal produced than primary production. It can also help mitigate the local impacts of mining on communities. 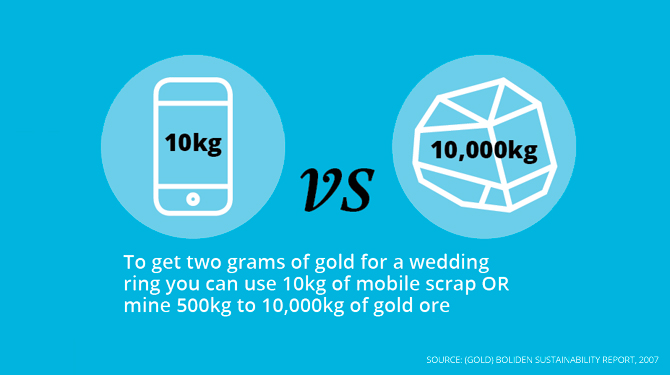 But it’s not just the environment and communities that are feeling the impact of a reduction in recycling. Research by the Wealth from Waste program has found that more than $2 billion dollars is lost annually from the Australia economy due to the failure to recycle waste metals.

“We’ve found that recovering the 5 million tonnes of metal such as iron, aluminium and copper locked up in landfills or discarded products could provide up to 70% of Australia’s metal consumption each year,” says Giurco.

Australia’s current approach to waste is markedly different to countries in Europe and Scandinavia. Sweden not only sends just 1% of its waste to landfill, it also imports garbage as a profitable industry. Their mining industry has even jumped on the waste bandwagon – Swedish company Boliden, for example, both mines and recycles metals.

In Australia, there has been less pressure to recycle. “We are losing the infrastructure in many cases to recycle metals locally. Even things like steel cans from dog food or tinned tomatoes, they are being exported overseas because we have lost the ability to recycle them ourselves,” says Giurco.

Although it’s not all bad news – advances in technology mean that the economies of scale once needed to make local manufacturing operations feasible have shifted. “On a number of manufacturing fronts we are seeing not just miniaturisation, but a modularisation of processing,” he says. This transition from industrial-scale to smaller scale plants means it’s easier for small communities and local councils to take control of local recycling initiatives.

A matter of design

Establishing data on just how much metal can be found above ground and how much it’s worth is one of the objectives of the research program. Central to the hunt for urban metals is e-waste (electronic waste), of which there is 50,000,000 tonnes worldwide.

Recycling program Mobile Muster estimates Australians are sitting on 23.5 million unused mobiles. While no-one doubts there is a plethora of metal to be found in Aussie homes, extracting that metal isn’t just a matter of people surrendering their discarded tech.

As technology has evolved, it’s become increasingly difficult to recycle modern products. Contemporary tech contains complex mixes of almost every imaginable metal, material and compound. For example, a mobile phone can contain more than 40 elements including base metals such as copper and tin; and precious and platinum group metals such as silver, gold and palladium.

For the past few years, researchers at Swinburne University led by Dr Akbar Rhamdhani have been using thermodynamics to investigate the technical challenges and pathways to extract metals and alloys from discarded materials, affordably, sustainably and competitively.

Their research is being channelled into Wealth from Waste, with the dream that Australia will become a world leader in metals recovery. Wealth from Waste researchers from the University of Queensland have begun workshopping ways to advance metal recycling in Australia, collaborating with government departments and industry partners including Sims Metal Management – a company that Australian Ethical invests in.

In a world where reserves of natural resources are falling and becoming harder to extract, it makes sense to close the loop and make better use of what we have.