At Australian Ethical, we invest across a broad range of ethical businesses that are helping to make your world a better place.

Renewables could help transform the world’s power supply for the better – and that’s the goal of wind power company Vestas. 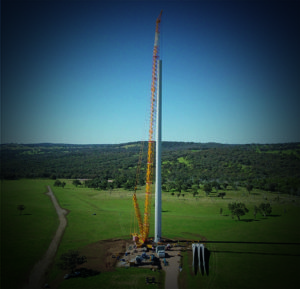 Construction of a wind turbine in northern NSW
for Australia’s Project Sapphire project. Once built,
this large scale farm will be the largest in NSW,
providing enough clean energy to power 115,000 homes.

A single Vestas wind turbine is so efficient that in just three hours, it can produce enough energy for an average household for an entire year. And for those who might doubt their value, the Vestas turbines make up to 40 times more energy than they use in their lifespan, only releasing about 1% of the carbon emissions of a coal-fired power plant.

There are more Vestas turbines in Australia than any other brand of wind turbine. At the end of 2017, there were two gigawatts (GW) of power being provided by Vestas turbines to almost 1.5 million homes across Australia. To put that in context – Australia’s total installed wind capacity is 4.4 GW, so Vestas account for roughtly half of the current market.

For 20 years, sustainability has been integral to the carpets made by Interface Inc.

This carpet company has a unique project called Net-Works that collects lost or abandoned ‘ghost nets’ that can harm marine life, turning them into new, sustainable carpet tiles.

Also, through a carpet recycling program they run called ReEntry, Interface has diverted 5,000 tonnes of old carpet from landfill.

Their carpet tiles are designed to be used large-scale and commercially in places like in offices, schools, and hospitals – so there’s a huge potential to have a positive impact to help create a better, more sustainable world.

And it’s not just the local fishermen and ecosystems that benefit from Interface’s sustainability initiatives. Since 2012, Net-Works has collected 142 metric tons of rubbish (as waste nets), given 1,500 families access to finance and 62,000 people have benefited from a healthier environment. 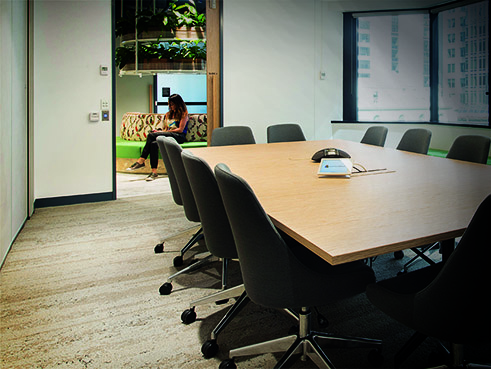