The time for change has already begun 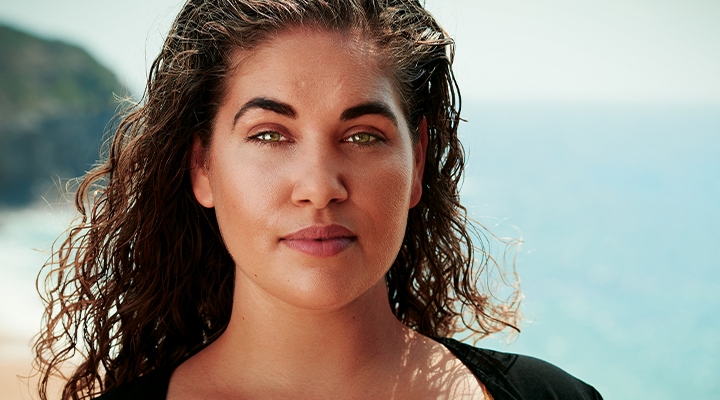 Our campaign is straight from the heart and a call to arms, uniting all Australians who want to protect what we love so much.

As we enter the 2020s, we’re all facing the same threat and the same opportunity: the climate emergency and the imperative to take action this decade.

In our poem we ask:

“What do these lands mean to you?

“Will your children, like my children grow here too?

“They have a birthright to a healthy planet, so there’s some things we need to do.”

A decade for climate action

The 2010s were a lost decade for climate change.

In Australia we failed to take decisive and strong action to reduce our emissions, while governments around the world have debated just how much action they should be forced to take. It’s become a political football as leaders shift responsibility and throw blame at others.

But scientists are telling us we no longer have time for debate or denial.

In fact, if we don’t act and limit our warming to 1.5-degrees (as recommended by the IPCC report) by 2030, then not only will severe weather events (like this summer’s horrific fire season) become the norm, they will become more intense and severe. And that’s just the tip of the (melting) iceberg with the planet on track to warm to over 3 degrees Celsius.

We believe we can all be part of the solution. And we want to unify every Australian who believes that the world we have is worth protecting.

What if we used our money, our power, for better?

Our money matters. It’s ours and what we choose to do with it matters.

Just look at some of the biggest changes that have happened in history: they were started by people who used their money – their power - to force change.

And now is the time to use the power of money to drive climate action.

One of the most impactful things we can do for climate action is invest our money ethically.

When you leave a super or managed fund and tell them it’s because they’re invested in fossil fuel companies, they listen.

Interestingly, 9 out of 10 Australians believe their money should be invested ethically but only a fraction of Australians actually know what their money is funding. Mainstream super funds are  investing your money in fossil fuels, directly undermining your efforts in other areas to save our planet; like your KeepCup or eating less meat.

But together we have collective power to make a change.

Make our futures one

This summer we all faced the tragedy of extreme weather. A perfect storm of drought and hot weather exacerbating bush fires. We watched in horror as residents and holiday-makers took refuge on a beach as the flames licked the edges of the sand;  despaired when we heard over 1 billion animals lost and opened our homes, our hearts and our wallets to help those impacted.

We came together to show we care*.

We should never underestimate the power and determination of the Australian people. Because despite our differences, we are unified by our passion to care for our country and our world.

Because this air, this water, this land, it’s all we have.

It’s all we have.

So let’s make our money matter.

*We want to be clear about one thing: we are absolutely not using this awful disaster as a marketing platform. Our campaign had already been written and filmed. We thought about removing the reference to fire, out of sensitivity for what we’ve all experienced. But we feel it’s important to talk about. Because we’re all grieving and so now is the best time to take action and do something. For those who experienced the horrors of these fires, we stand with you.

15 easy ways to help the planet

Making small changes to your lifestyle can add up to something great, but you might not have thought much beyond the obvious actions like switching your light globes or turning off the tap while you brush your teeth.

The Paris Climate Agreement is an important step in slowing dangerous climate change. But it’s only the beginning – and to be effective it needs to be backed up by sustained, targeted action.