The rise of the (helpful) robots

Machine learning and artificial intelligence have amazing potential for the future of humanity. We take a look at two technologies that promise to revolutionise our lives: self-driving cars and 3D printing.

At some point in the coming decades, futurists believe machines will surpass the intelligence of their creators – giving rise to ‘superintelligent’ computers. It’s hard to pin a date on when it will happen, but the consensus is sometime between 2040 and 2050. Writing about the event in a 1993 essay titled ‘The Coming Technological Singularity’, computer scientist Vernor Vinge argued that the ensuing rapid technological process will put us on the edge of a change “comparable to the rise of human life on Earth”.

All of this is very exciting, but it’s also slightly concerning for those of us who are familiar with the robot takeover depicted in the Terminator movies. And even if superintelligent machines are not malevolent, many scientists worry they could inadvertently wipe out humanity as they pursue their programmed purpose. But more optimistically, it’s just as likely that artificial intelligence could be extremely helpful to humanity!

Two of the most interesting technologies that can benefit humans are self-driving vehicles and 3D-printed prostheses. Australian Ethical invests in 3D printing company Stratasys as well as Alphabet, the parent company of Google and self-driving car company Waymo. We also invest in Tesla.

In Australia, 1,224 people died in road crashes during 2017. In the United States, the annual death toll is over 30,000 – and globally, car accidents are responsible for 1.3 million deaths every year. It’s a depressing set of figures, but computer scientists believe the death toll could be reduced by as much as 90 per cent if self-driving cars become the norm. At the moment, the vast majority of car accidents are down to human error. The most deadly factors are speeding, drink driving, fatigue and distractions like mobile phones. A self-driving car will not exceed the speed limit. Nor will it get drunk, tired or become distracted by a buzzing mobile phone. 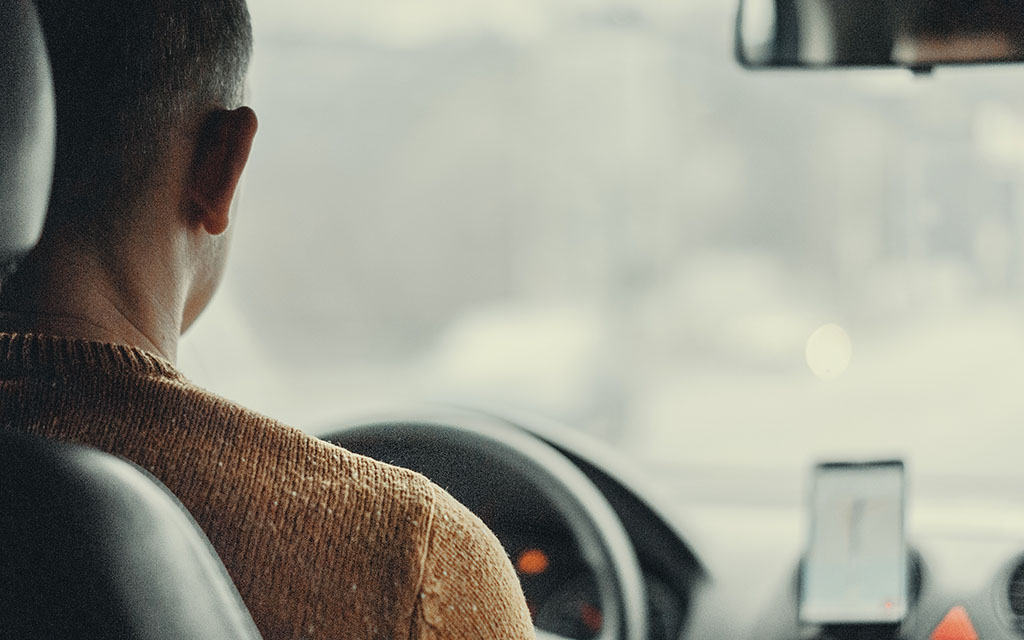 There are currently six levels of automated vehicles, ranging from Level 0 (no automation) to Level 5 (fully automated). A level 0 vehicle is effectively the same as a standard car with the human driver completely in control. There may be some additional warning lights and emergency braking. A level 5 vehicle, on the other hand, does not need any human control and may not even have a steering wheel or pedals. In fact, it may not have a human inside it at all! Fully autonomous vehicles can be used to transport goods or pick up passengers. Google’s Waymo is a level 5 autonomous vehicle and is currently being trialled in the metropolitan suburbs of Phoenix, Arizona.

The levels in between are much more common and rely on the human driver to ‘take over’ from the autonomous system if required. Tesla’s ‘Autopilot’ feature is an example of a Level 2 driverless car. The human driver is required to have their hands on the steering wheel at all times and if they fail to do so a warning tone sounds. After three warning tones, the Autopilot feature is turned off. This has prompted ingenious ‘hacks’ from Tesla owners to outwit the car’s sensors, including wedging a water bottle in the steering wheel.

Efforts like these undermine the safety of semi-autonomous cars by exposing a key risk known as ‘passive fatigue’. Driving a modern car long distances is boring enough as it is – imagine the tedium if you weren’t even in control of the car! It may be unrealistic to ask a human passenger to constantly scan the horizon ‘just in case’ the autonomous driver misses something. To make matters worse, the more the human driver trusts their car, the more easily distracted they are likely to become.

Even if self-driving cars become completely reliable and human interaction is no longer required, the ethics of autonomous vehicles are far from settled. Imagine a self-driving car that is faced with a split-second decision when a child runs in front of it. It can veer right into a crowd of pedestrians, killing several of them; it can veer left into a barrier, killing the passengers in the car; or it can do nothing, killing the child. These types of ethical problems are similar to the famous ‘trolley problems’. In the classic trolley problem (below) a runaway trolley is hurtling down a set of train tracks and will kill a group of five people.

However, there is a side track with one person at the end of it. Should you pull a lever and divert the trolley, saving several people but deliberately killing the person at the end of the side track? These problems have endless permutations and it’s easy to see how they can apply to self-driving cars. Who should a self-driving car give preference to in life or death situations? The driver, pedestrians, or other drivers? And who should have the power to decide these things: programmers, companies or the government?

It’s a problem that computational social scientist Iyad Rahwan grappled with in his recent TEDx Talk titled 'What moral decision should driverless cars make?' One of the key problems, he says, is that everyone wants a car that protects them– but they want everyone else’s car to protect the people outside the car! Rahwan spoke about the Moral Machine research being conducted by the Massachusetts Institute of Technology (MIT). The research, which is now the largest global ethics study ever conducted, presents participants with the kinds of choices driverless cars will soon have to make.

Similarly to the trolley problem, the Moral Machine asks participants to decide whether to continue driving or swerve. Decisions must be made based on age, gender, criminality, fitness, wealth status and even species (with cats and dogs included). The results of more than 4 million people throughout 2017 were far from conclusive. When it came to ‘simple decisions’, children were favoured over adults and elderly people were more likely to be sacrificed. But more complex decisions, such as whether passengers should be favoured over pedestrians, respondents were split. Wondering how you would go on the Moral Machine test? You can try it for yourself here.

Additive manufacturing, better known as 3D printing, is the practice of adding layer upon layer of material to build an object of any shape or size. There are countless applications for the technology, ranging from miniature art to space travel. But the most interesting from a human point-of-view is the prospect of 3D-printed prostheses (including human organs).

From a social justice standpoint, one of the most promising applications of 3D printing is the creation of prostheses for low-income people with disabilities. Networks of volunteers such as e-NABLE and NotImpossible are creating open-source collaborations to make 3D-printed prostheses affordable for people in developing countries. In 2017, the two projects created 300 prosthetic hands that have improved the lives of people in the developing world. These hands can cost as little as $50 – substantially less than the thousands of dollars they would cost in the developed world.

Prostheses are also becoming smarter. In 2015, US citizen Johnny Matheny became the first person to be fitted with a mind-controlled arm. Johnny, who lost his arm to cancer in 2008, was selected to take part in a trial that was conducted by the Johns Hopkins Applied Physics Lab and funded by the US Defense Department to the tune of US$120 million. The arm is connected to an implant that is directly attached to Johnny’s skeleton. What’s most impressive is that he can control the prosthesis with his mind. Here is a video of the arm in action:

In early 2018 Italian scientists unveiled the first bionic hand with a sense of touch that can be worn outside a laboratory. The ability to differentiate between ‘hard’ and ‘soft’ is a crucial feature for a practical bionic hand. Being able to pick up an egg is the ultimate test. The aim of both the Italian scientists and the researchers at Johns Hopkins University is to have the bionic arm send messages to the brain. At that point, human and technology will truly be interacting as one entity.

The technique known as ‘bioprinting’ is another application of 3D printing that has the potential to reshape our relationship with technology. The prospect of 3D-printed human organs to be used for transplants is no longer science fiction. The technology has already been used for the generation and transplantation of skin, bone, vascular grafts, tracheal splints and heart tissue. Bioprinting comes with some obvious benefits: the current reliance on organ donors could be drastically reduced and the necessity of testing on animals could be eliminated entirely. But there are ethical concerns as well, which have been laid out well by Professor Susan Dodds in an article published on the ABC.

Cost of treatment is her first concern. While groups like e-NABLE and NotImpossible are helping people in third-world countries receive basic prostheses for as little as US$50, the mind-controlled hand developed by Johns Hopkins University is out of reach for nearly everyone on the planet. Prosthetics typically falls into the category of ‘personalised medicine’ which is closely associated with research in genomics and stem cell therapies – the kind of treatment that can be prohibitively expensive. But 3D printing has the potential to dramatically reduce costs, says Professor Dodds – and that can only be a good thing.

When it comes to safety and efficacy, the likelihood that 3D-printed organs will be rejected by the body is a top concern. Regulatory bodies such as Australia’s Therapeutic Goods Administration will need to establish new standards for approval, which means that even if researchers were ready to print a functioning prosthetic organ it could be some time before they could be implanted into a patient.

Finally, there is the question of whether 3D printing should be used for human enhancement – a la the ‘more human than human’ replicants of Ridley Scott’s sci-fi classic Bladerunner.

As Dodds puts it: “Should we consider replacing our existing bones with artificial ones that are stronger and more flexible, less likely to break; or improving muscle tissue so that it is more resilient and less likely to become fatigued, or implanting new lungs that oxygenate blood more efficiently, even in a more polluted environment?”

They’re interesting questions to ask, and they bring to mind the pressure on elite athletes to enlist the help of medical technology to enhance their speed and endurance beyond what is considered ‘natural’.

You can join the tech revolution

These are just two of the trends we invest in that are bringing together technology and humanity in a positive way. Join Australian Ethical now to help shape the world for the better.

Except where explicitly indicated, Australian Ethical does not have a relationship with any of the companies mentioned above and has not sought to assess them against our Australian Ethical Charter, which is the process we go through when making investment-related decisions.