Parliamentary Submissions: Inquiry into the governance and operation of the Northern Australia Infrastructure Facility 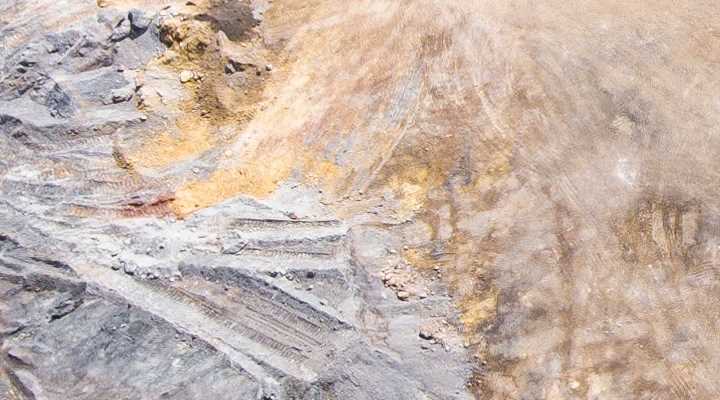 In our view, the proposed Adani mine has no benefit to Australia. That’s why we’re putting our resources towards engaging companies, government, and decision makers to consider the mine’s long term effect on society and our economy. You would have to have been living under a rock not to have heard of Adani’s proposed Carmichael coal mine. Last week, we took advantage of the opportunity to submit our thoughts to the federal government on the issue of the Northern Australia Infrastructure Facility (NAIF), who are responsible for the decision making on the Adani mine.

In a nutshell, here are the main points that we think the federal government should consider.

Of particular concern to us are the serious harms of an Adani Carmichael mine. We think it’s unlikely that NAIF could conclude that a loan to Adani delivers public benefit (even a NAIF with governance and operational shortcomings – as the Productivity Commission found recently).

We recognise that there’s a broad polarisation of views and debates on climate and many other issues in Australia at the moment. To us, this means that it’s more important than ever to make sure that the decision makers are taking actions that are in the best interests of the public.

You can see our full submission here, or below.

Australian Ethical Investment Limited was established in 1986 to manage the retirement and other savings of Australians in an environmentally and socially responsible way. Today we manage over $2 billion in superannuation and managed funds for over 40,000 Australians.

As a super fund, we invest with long term interests and responsibilities across society and the economy. This perspective is important to consider alongside the voices of individual companies, industries and civil society groups which often focus on narrower business, social or environmental interests. Our broader perspective is embodied in our Ethical Charter.

In this submission we outline:

1. OUR GENERAL APPROACH TO GOVERNMENT SUPPORT FOR INFRASTRUCTURE DEVELOPMENT

Applying the principles in our Charter, we support government institutions and policies which leverage the power of well-functioning markets in the public interest, recognising that well-designed regulation and facilitation of markets is necessary to take account of both the power and limitations of markets.

There is also a substantial risk that government funding of inappropriate infrastructure can obstruct innovation and value creation, against the public interest. This risk is high if the funding has the effect of subsidising existing technologies and business models in the face of competition from disruptive alternatives. An alarm bell should ring where the expected user of the infrastructure is a single company or small group of companies, particularly where those companies are operating in a mature industry sector. In such cases government needs to carefully scrutinise the commercial barriers which are stopping the individual companies developing the infrastructure themselves using private capital. These barriers will often be strong reasons why government funding for the infrastructure does not meet the public benefit test.

For these reasons, it is critical to ensure robust governance and operation of the Northern Australia Infrastructure Facility (NAIF).

2. GOVERNANCE AND OPERATION OF THE NORTHERN AUSTRALIA INFRASTRUCTURE FACILITY (NAIF)

We apply the following general principles in assessing the governance and operation of NAIF:

We have concerns that the governance and operations of NAIF may not be aligned with these principles, and that there is insufficient information available about NAIF to allow Australians to have confidence that the decisions of NAIF will be made in the public interest. The additional information recently published in NAIF’s 2016-17 Corporate Plan and Public Benefit Guideline provides some additional insight, but we have not been able to locate adequate information about:

This sort of information is especially significant for NAIF. Government funding of infrastructure raises some of the most wide-ranging and complex policy, economic, social and environmental issues which governments face. Public confidence in the capacity of NAIF to expertly navigate these issues is crucial. As one example, it will be particularly important to guard against decision making biases which come with expertise or experience concentrated in particular fields. We know that a person suffering from knee pain is much more likely to receive a recommendation for a surgical intervention from a surgeon than from a physio, with the physio being more likely to recommend therapy as the optimal course of action.

Our concerns about ensuring sufficient diversity of skill and experience for good decisions are heightened by section 15(4) of the NAIF Act which seems to disqualify an expert in the areas of social or environmental policy from sitting on the board (unless they also have some other experience or expertise listed in the section).

We understand that further clarity and detail may be provided in the future about these issues (or that there may be information which has been published which we have overlooked). In this case it is crucial that this additional information is made readily available before the process of consultation and analysis by NAIF of individual projects is substantially progressed. This is needed to safeguard a robust NAIF decision making process and public confidence in that process.

The importance of these issues is highlighted by Adani’s reported application to NAIF for finance for a rail line to facilitate the mining and export of coal from a new Carmichael coal mine in the Galilee coal basin. If this application is to be considered, it is crucial that NAIF have the governance and resources to make a credible, evidence based and transparent assessment of the consequences of support for a coal mining project and rail line with the following characteristics.

3.1 THE CARMICHAEL PROJECT IS INCONSISTENT WITH AUSTRALIA’S OBLIGATIONS UNDER THE PARIS AGREEMENT

A Carmichael coal mine is inconsistent with Australia’s commitment under the Paris Agreement to limit warming to well below 2 degrees. This is supported by analysis from the International Energy Agency (IEA).

Based on Adani’s own comments[1], it is expected that the Carmichael mine will both facilitate and rely on the continuing expansion of Indian coal power generation. This expansion is inconsistent with limiting warming to 2 degrees. The IEA has assessed that under a 2-degree climate policy scenario (their ‘450 scenario’), the coal price will range from US$49 to US$73 per tonne[2]. Adani’s own comments referenced above, and the analysis of leading industry expert WoodMackenzie, indicate that a coal price of over US$80 will be needed to make the project economic (taking into account the quality of the Carmichael coal).[3]  This demonstrates that development of the Carmichael project would not be aligned with limiting warming to below 2 degrees, since it relies on future policies and prices which will not limit warming to 2 degrees.

3.2 A CONCESSIONAL LOAN FOR THE RAIL LINE IS INCONSISTENT WITH AUSTRALIA’S G20 COMMITMENT TO PHASE OUT FOSSIL FUEL SUBSIDIES

In 2009, G20 countries including Australia announced that over the medium term they would phase out inefficient fossil-fuel subsidies that encourage wasteful consumption. We and many other investors have assessed 2020 to be the appropriate deadline for all G20 countries to complete this process.[4] Already Australia is failing to make progress on this commitment. The Overseas Development Institute has found that “investment in fossil fuel exploration, extraction and electricity production in Australia are supported by an average of $5 billion in national subsidies annually”, and the IMF estimated Australian subsidies for fossil fuels for 2015 at $1,259 per person, being above the global and G20 average.[5]

The Carmichael project will damage Queensland’s greatest piece of natural infrastructure, the Great Barrier Reef, by increasing global warming and expanding shipping facilities and traffic through the Reef.

The rail line will not unlock new opportunities for innovation and value creation. It will simply benefit Adani, and potentially other companies with ambitions to mine coal in the Carmichael basin.

For all the public policy debates that sometimes arise about the merits of government funding of new projects like communications infrastructure, dams and highways, at a minimum they offer benefits to a broad range of individuals and businesses wishing to pursue diverse personal and commercial interests.

Not so the Galilee/Carmichael rail line. We repeat our concern that there is substantial risk that government funding of inappropriate infrastructure can obstruct innovation and value creation, against the public interest. This risk is high if the funding has the effect of subsidising existing technologies and business models in the face of competition from disruptive alternatives. An alarm bell should ring where the expected user of the infrastructure is a single company or small group of companies, particularly where those companies are operating in a mature industry sector. In such cases, government needs to carefully scrutinise the commercial barriers which are stopping the individual companies developing the infrastructure themselves using private capital. These barriers will often be strong reasons why government funding for the infrastructure does not meet the public benefit test.

These serious harms of an Adani Carmichael mine make it implausible that NAIF could conclude that a loan to Adani delivers public benefit (even a NAIF with governance and operational shortcomings). However, the current polarisation of views and debates on climate and many other issues demands that we all exercise the utmost care in safeguarding the highest quality governance of all public decision making.

We are very happy to discuss these important issues further.