Meat alternatives are the only option for the planet 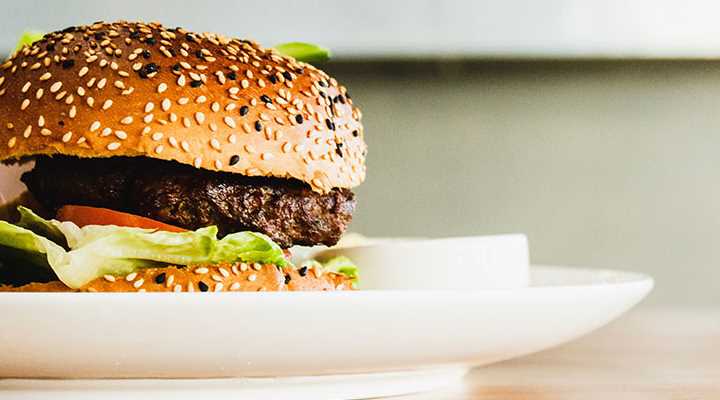 Genuine alternatives that look, smell, taste and feel like meat are becoming a reality. Plant-based alternatives are already available in Australia and affordable cell-based (or ‘lab grown’) meat is only a few years away. We explain how these products work and why good alternatives are the only realistic option for the planet.

Across the globe there is an insatiable and growing demand for meat – particularly chicken, pork and beef. Global meat production has gone up between four and five times since 1961 to meet the demand of increasingly affluent populations in China, India and Brazil. But the reality is there is not enough productive land on Earth to continue to meet the rising demand. The global population is estimated to increase from 7.6 billion today to 9.8 billion in 2050, by which time demand for animal-based foods will have increased by nearly 70%. According to the UN, grazing land and cropland dedicated to the production of feed represents almost 80% of all agricultural land but the end result only accounts for 18% of the world’s total calories. Turning animal feed into meat for human consumption is also very inefficient. A chicken must be fed 8 calories to produce one calorie of chicken meat, and a cow needs 34 calories of feed to produce one calorie of beef! In addition to concerns about land use, nearly one third of the water used by the global agriculture industry goes towards animal-based products. Animal agriculture is also to blame for deforestation and biodiversity loss around the world as more and more forest is cleared to make way for animal grazing.

On top of land and water use, one of the biggest impacts of animal agriculture is its contribution to climate change through greenhouse gas emissions. A 2012 report from the UN Food and Agriculture Organization estimated that livestock accounts for 14.5% of all human-induced greenhouse gas emissions. When it comes to animal agriculture, the worst source of emissions by far is beef which produces high amounts of methane. According to the World Resources Institute, if cows were a nation they would be the third highest greenhouse gas emitter behind China and the United States. Cows are ruminants, which means they acquire nutrients by fermenting their food in two of their four stomachs before regurgitating and chewing the cud, which is then digested a second time. This regurgitation (or ‘burping’) releases the greenhouse gas methane which is about 30 times more potent than carbon dioxide as a heat-trapping gas. In addition to methane, two other major sources of emissions from the livestock industry are animal feed production and the conversion of forests to pasture and cropland. A recent IPCC report found “agricultural emissions can be reduced by limiting demand for greenhouse gas intensive foods through shifts to healthier and more sustainable diets”.

The unsustainability of the meat industry has prompted some people to switch to a vegetarian or vegan diet. This can work for some people, but the reality is that most people enjoy eating meat and are reluctant to give it up completely. Australians eat more meat than just about anyone, with each of us consuming 111 kg per year – more than three times the global average. This is why we need good plant-based and cell-based meat alternatives.

Meat alternatives like tofu (made from soy beans) and seitan (made from wheat gluten) have been around for centuries. More recently there have been veggie burgers made from ingredients like lentils, mushrooms and beans. Modern meat alternatives, however, are intended to look and taste like meat. The intention is that a regular meat eater will not know the difference. Food technologists are working to combine plant proteins, fats, gums, spices and seasonings to recreate the experience of cooking and eating conventional meat. Two of the biggest names at the moment are Beyond Meat and Impossible Burger. Beyond Meat’s Beyond Burger – which is available in Australia – is made from pea protein isolate along with a small amount of beetroot juice extract to create a ‘bloody’ look. Impossible Burger uses a soybean-based heme (an iron-containing molecule) that the company claims is responsible for their burger’s bloodiness and ‘meatlike’ aroma. Other companies use natural meat mimics like banana blossom (fish), roma tomatoes (tuna) and ‘pulled’ jackfruit (pulled pork). Other plant alternatives include fermentation-based fungi products like Quorn, which is sold in Australia as nuggets and mince with convincing meat-like textures.

The first thing to say about cell-based meat is that it’s not an alternative to meat – it is meat. Unlike conventional meat which is grown in the body of an animal, cell-based meat is grown in a machine called a ‘bioreactor’ using starter cells taken from a harmless biopsy of an animal. Contrary to popular notions of scientists growing meat in a petri dish, a cell-based meat production floor looks more like a brewery than a laboratory. The most obvious difference between cell-based meat and conventional meat is that the former does not require animals to be slaughtered. Widespread demand for cell-based meat would also reduce the need for intensive factory farming which causes great suffering to animals. That said, cell-based meat products have historically used fetal bovine serum which is a byproduct of meat processing – although the industry is working together on a cost-effective alternative. Ultimately, the aim is to remove animals from the production process altogether by developing cell lines that will proliferate indefinitely. From an environmental point of view the benefits are enormous. Initial studies into the climatic impacts of cell-based meat have indicated cellular agriculture could require as little as 1% of the land required by conventional meat today. Water use could be reduced by 48-96%, and according to one study greenhouse gas emissions could be reduced by 98.8%.

However, cell-based meat is a long way from being commercially viable. Part of the reason is that the research and development required to effectively cultivate meat cells is closer to medical research than food production. However, costs are coming down dramatically. The first cell-based beef patty grown by Mosa Meat in 2013 cost roughly A$400,000, but the company predicts the price will fall to A$15 once it reaches industrial scale. New Age Meats unveiled a cell-based pork sausage to journalists in October 2018 at a price of A$303 per sausage, and Israeli company Future Meat Technologies says it will have its minced meat down to A$7-14 per kg by 2020. Investment is flooding into this sector, particularly from Silicon Valley. Memphis Meats is one of the best-known cell-based meat companies and has attracted US$20 million in funding from the likes of Bill Gates and Kimbal Musk. You can watch a demonstration of the first cell-based meatball being cooked by Memphis Meats below.

The biggest challenge for cell-based meat manufacturers will be overcoming the ‘ick’ factor among consumers when they are presented with the idea of ‘lab-grown’ meat with no context. However, surveys have shown that consumers are much more receptive to cell-based meat when it is accompanied by positive messages about food sustainability (or conventional meat is portrayed in a negative light). The reaction of the conventional meat industry has been split, with some major producers investing in cellular agriculture and others lobbying to stop cell-based companies labelling their products as meat. In Australia the battle about terminology is well underway, with Nationals leader Michael McCormack reacting furiously to a decision by Woolworths to stock Funky Food’s plant-based ‘Minced’ product next to red meat in June 2018. Nationals Senator Bridget McKenzie has also argued that products labelled as meat and milk should only come from animals.

If you’d like to find out more about this topic you can download the entire Food Frontier report here, and if you want to make sure your super fund is building a sustainable future for the planet you should consider joining Australian Ethical today.