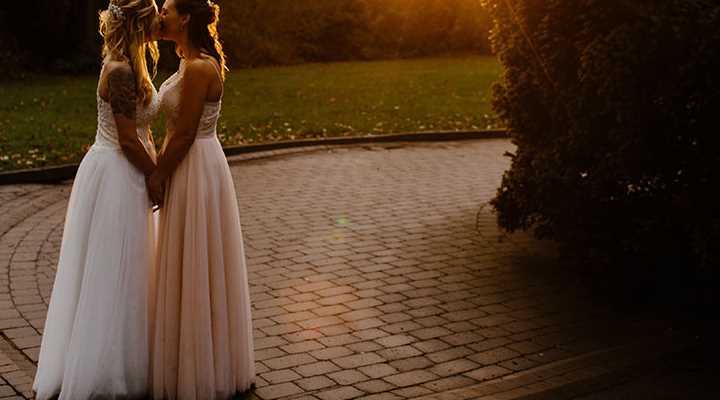 As of Tuesday 12 September 2017, a postal-survey has gone out, asking Australians whether same-sex marriage should be legalised.

Here at Australian Ethical, we believe that everyone should have the right to marry who they want. We think that limiting access to the civil institution of marriage based on sexual orientation is discriminatory and that it stigmatises those who are denied access – as well as their families.

Why does this matter to us? Our Australian Ethical Charter (which guides all our investments and helps regulate our other business activities) outlines that we should support human dignity, and avoid discrimination.

We do not see why sexual preference should make a difference to whether relationships are recognised under Australian law. Just like other legal and social institutions, marriage has developed over time. The extension of marriage to all adults is an important further step to reflect this development.

Australia lags behind many countries it shares social, economic and political links with. And most ‘advanced English-speaking countries’ have legalised same-sex marriage (Singapore and parts of the UK still have not). That’s why we chose to join 647 other corporations to show our support for marriage equality by signing this open letter promoted by Australian Marriage Equality.

The postal survey is not about children. Same-sex couples can adopt, foster, and use a surrogate or IVF to have children already. However, a common concern people have about same-sex marriage is the effect on the children of same-sex parents. Research studies have not established any negative impact on children’s well-being. Indeed denying marriage to same-sex parents risks stigmatising their children, damaging their self-esteem. Some of the research on same-sex parenting is summarised in this article which explains why, using research from more than 100 studies, the gender of parents doesn’t matter.

We emphasise that while we think that same-sex couples should be entitled to be married in civil ceremonies under Australian law, we are not advocating legal restrictions on the freedom of churches and other religious institutions to choose who they marry.

Your voice and vote are needed to see marriage equality become a reality for the millions of Australians who cannot marry the person they love.

Results from the postal survey will not be legally binding. If the vote returns a YES vote, the Government will allow a private member’s bill to be introduced to Parliament and facilitate a ‘free vote’ or ‘conscience vote’. Politicians will be allowed to vote on personal preference rather than party lines on whether same-sex marriage should be legalised. If the survey returns a NO vote, there will be no vote in Parliament.

Here’s how you can vote to see same-sex marriage

Survey forms will be sent out on Tuesday 12 September onward. When you receive your survey, vote and post your letter as soon as possible. This is an anonymous vote.

The postal survey will ask one question and require a ‘Yes’ or ‘No’ answer:

“Do you support a change in the law to allow same-sex couples to marry?”

Votes will not be received after 6pm on 7 November 2017. So to ensure you make this cut-off it is recommended you return the form by 27 October.

If you lose or damage your form you can request an additional form from the ABS until 6pm 18 October.

Do not include anything other than your response in the envelope as the forms will be processed automatically (no glitter, divas!).

If you do not want to vote, the ABS recommends tearing your survey form up and disposing of it (in the recycling of course).

What is a postal survey?

A postal survey is non-binding. The Government is not legally required to enact the results. Prime Minister Malcolm Turnbull’s coalition government stated in the 2016 election that they would hold a compulsory attendance plebiscite on the issue of same-sex marriage. The bill was shot down in parliament by Labor, the Greens and various crossbenchers, because of the potential harm it would cause to the LGBTI+ community, as well as being costly and non-binding. The High Court found the government was able to hold a postal survey without the approval of parliament, and so here we are, having one. (Looking for some clarification on what LGBTI+ means? Here’s a helpful glossary.)

As our Ethical Charter applies to all the actions of Australian Ethical, we consider it part of our role to exercise an ethical voice to promote constructive debate about issues which are important to the interests of people, animals and the planet. We realise that productive discussion about deeply felt issues can be difficult, but often these are the issues where open and respectful debate is most needed (without the need for plebiscites or surveys).

We have the opportunity to respect the dignity of same-sex couples by allowing them the same rights to have their relationship recognised under Australian law as heterosexual couples. Nothing more, nothing less. So how will you be voting?