Let’s get the kids off Nauru

When our government abuses people’s human rights through a policy of cruelty, we say: not in our name.

We’re taking a stand against the indefinite detention of asylum seekers and refugees on Nauru and Manus Island. It’s time to get the kids and their families off Nauru.

It’s confronting, but it’s a reality: in the last few months there has been a rise in children suffering from life-threatening psychological or physical illness on Nauru. Some children have even attempted suicide.

Asylum seekers and refugees have been held in indefinite detention on Nauru for the last five years. They are confined to a hot and humid island, the size of Melbourne airport. They can’t leave and they do not know what their future will hold.

At the time of writing, 52 children remain on Nauru. But it’s 52 children too many. No child should endure a life of uncertainty inside Australia’s offshore detention centres.

That’s why we’re getting behind the campaign to see all families removed from Nauru by 20 November 2018 – to be followed by a complete end to indefinite detention on Nauru and Manus Island.

Cruelty is never the answer. We believe that as a nation that we can, and should, do better.

That’s why as a business we’re supporting the campaign Kids Off Nauru. By International Children’s Day on 20 November, we want to see all the families brought to Australia or resettled in a suitable third party country.

Kids Off Nauru is a national campaign uniting individuals, businesses and organisations letting our government know that enough is enough.

If you agree, sign the petition and let your member of parliament know this is an issue important to you.

Will you join us to say #kidsoffnauru?

Sign the petition and let your MP know you want an end to indefinite detention of children.

There’s no business in abuse

There’s growing momentum right now in Australia, as more and more people become aware of the cruelty taking place on Nauru and Manus Island under our name.

“As a business we never have, nor will we ever, invest in a company linked to the detention of asylum seekers and refugees,” says Australian Ethical Managing Director, Phil Vernon.

Under the UN Refugee Convention people have a right to seek asylum if they live in fear of persecution. Australia is a signatory to this convention, which was created to ensure we never saw another Holocaust again.

“It is a basic human right to seek asylum. Instead, Australia is prohibiting these rights and subjecting people to cruelty for the sake of politics,” says Phil. “It is wrong and it must end. As a business we say no more.”

They’ve been left there for too long

Asylum seekers and refugees on Nauru and Manus Island have been there for over five years.

Before she started at Australian Ethical, current staff member Bethany was part of a humanitarian relief effort on Nauru led by the Salvation Army.

“It was the most difficult and confronting experience of my life,” says Bethany, who left Nauru almost five years ago. “It’s especially confronting to think the families I worked with are still living there today.

“The conditions are incredibly basic. Rows of white tents with a black tarp or garbage bags as a door. Entire families live in a single space no bigger than your typical bathroom. Broken fans gather dust and mould has built up on the ceilings of the tents. The weather is hot, humid and tropical. The ground is covered in hard, white pebbles and there is little shade. There is nothing to do.”

“They greeted me at the start of my shift, ‘Hello sister’, and the kids would run up to hug me. They didn’t have much. Some little kids didn’t even have proper underwear! Every single one would quote their identification number to me instead of saying their name.

“It was really hard to reconcile that it was my own country subjecting people to these punishing conditions.”

Following the recent removal of Médecins Sans Frontières from Nauru , Australia’s director Paul McPhun has said in a statement: “While many asylum seekers and refugees on Nauru experienced trauma in their countries of origin or during their journey, it is the Australian government’s policy of indefinite offshore detention that has destroyed their resilience, shattered all hope, and ultimately impacted their mental health.”

In September 2018 it came out that children are now suffering from resignation syndrome, where they withdraw entirely from life. They exist in a catatonic state where they refuse to eat, drink, leave their beds, go to the bathroom, speak or even open their eyes. This is a life-threatening condition brought on by traumatic experiences, or exposure to distress or despair in others. These mental health problems are exacerbated by a lack of support and mental health services. They have limited family support, particularly when parents also suffer from depression.

Treatment for resignation syndrome must be urgent and undertaken in a suitable hospital with a team of specialist paediatricians.

“It is our responsibility to care for these people. It is all about human rights. It is the right thing to do,” said AMA President Dr Tony Bartone.

These events have led to renewed calls to take all children off Nauru.

“I used to say to my colleagues, ‘We are living through a future apology’,” explains Bethany. “I truly believe that one day there will be a Royal Commission into the unnecessary cruelty of offshore processing.”

“When I left, I struggled with my own mental health because of what I had seen and the desperation at leaving people there. Imagine how much worse it is for those who are living this with no end in sight!”

We don’t stand for this cruelty

It is a policy that criminalises people for seeking their human right and indefinitely imprisons without a sentence. Australia receives condemnation from human rights organisations for this policy and praise from white supremacists and European neo-fascists.

Is this who we have become? Australian Ethical Managing Director Phil Vernon doesn’t think so.

“The policy is deliberately cruel to avoid people dying at sea,” says Phil. “But the policy is incomplete, at best, if it causes further cruelty and doesn’t provide safe avenues for people to seek refuge when fleeing persecution. Indefinitely prohibiting a person’s freedom and delaying their future for the sake of a policy goes against the heart of who we are as Australians.

“We believe our nation has moved beyond the prejudice of our White Australia policy and the Stolen Generation, but our current offshore processing hits right at the heart of the cruelty of those policies.

“Would we support this policy if it were Kiwis, or North Americans seeking asylum from war, famine and cruel regimes?

“It’s absolutely time that Australians stood up for human rights. Let’s get these people off Nauru and find our humanity again.”

Are you with us?

Sign the petition, call your local member, and let’s get these kids off Nauru! 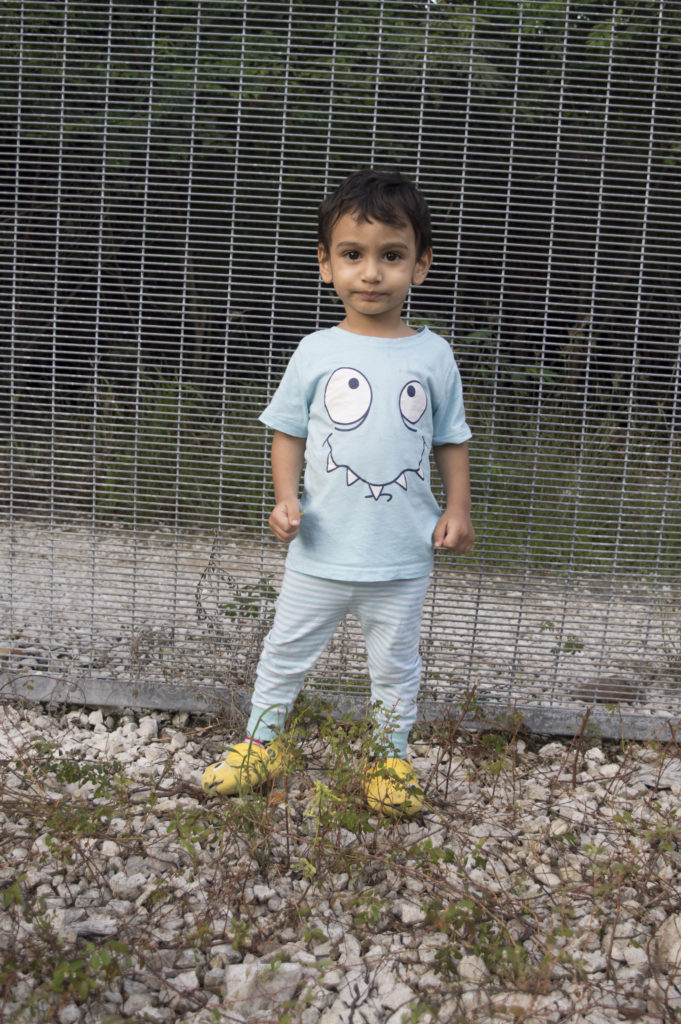 All images have been used with permission from Kids Off Nauru.