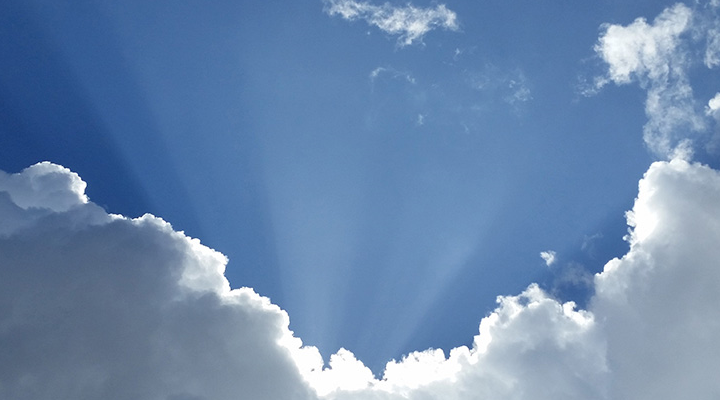 We can build back an economy that is resilient to climate change and environmental destruction – but only if we act immediately. It has been encouraging to read stories about clear skies and rivers during the public health lockdowns as people stayed home. And it’s likely there will be a significant drop in emissions this year – it could even be in line with the year-on-year reductions we need for a safe climate future.

But it would be a mistake to assume there has been any fundamental change to ‘business as usual’. As the economy ramps up, so will fossil fuel emissions. The experience of the global financial crisis was a 400 million tonne reduction in carbon dioxide emissions in 2009 followed by a rebound of 1.7 billion tonnes in 2010 – the sharpest upswing in history. We have to learn the lesson from the past and make the right choices today. The window is small but there is still time.

The head of the International Monetary Fund, Kristalina Georgieva, recently laid out the unique opportunity of the current moment. Rather than pushing the ‘pause’ button on the fight against climate change, she argued, now is the time to deploy massive government stimulus packages to rescue both the economy and the climate. Specifically, governments should make emergency loans to green sectors of the economy, scrap subsidies to fossil fuel industries and put a price on carbon.

“If this recovery is to be sustainable – if our world is to become more resilient – we must do everything in our power to promote a green recovery,” Kristalina said.

No time to lose

Australian Ethical is taking action to ensure this moment is not wasted. We’ve joined with almost 200 other businesses in the Science Based Targets initiative who have committed to put the world on a trajectory towards limiting global warming to 1.5 degrees Celsius. That means investing in a green recovery in line with the Paris Agreement on climate change and working closely with governments to increase the scale and ambition of decarbonisation.

Research by the McKinsley Global Institute shows it is technically possible to keep the world below 1.5 degrees, but the maths is “daunting”. To achieve the emissions reductions necessary we need to start immediately and at pace.

We’re supporting the Investor Group on Climate Change’s statement about a sustainable recovery from COVID-19. The statement, which is backed by investment companies with trillions of dollars under management, calls for the prioritisation of human relief and job creation, the upholding of the Paris Agreement, the alignment of government stimulus with climate change and a renewed focus on net-zero emissions economic solutions. Most importantly, it calls for investors to be embedded in the planning of the recovery. If we are going to successfully rebuild after the pandemic we have to unlock private capital to ensure investors can participate in sustainable recovery plans alongside governments.

The right stimulus at the right time

We’re also using our powerful voice as an investor to support measures in Australia that will put us on the right path. That includes supporting calls by a WWF report for the Australian government to support a $2 billion renewables-led stimulus package that would create over 100,000 direct jobs. It includes five targeted stimulus measures that include battery manufacture, solar projects, electric buses, renewable-powered manufacturing and green hydrogen.

The report echoes arguments by figures such as economist Ross Garnaut who are calling for the export of Australian renewable energy, primarily through the manufacture of green (ie, zero-emissions) steel. If we fully embrace renewable energy we will produce far more electricity than we need to power our lives, freeing up industry to ‘electrify’ and produce low-emissions value-added products for export to a rapidly decarbonising world.

We’re using our investor influence to challenge companies that are obstructing the transition to net zero. For example, we divested from global financial giant Marsh & McLennan for providing services in support of an Adani Carmichael coal mine. We also spoke up for shareholder resolutions calling on energy companies and insurers like Santos and QBE to align their activities with a 1.5 degree warming limit. The promise of an Australian renewables powerhouse producing green hydrogen and steel must not be frustrated by a gas industry persisting with growth plans which are inconsistent with the Paris climate agreement.

Advocating for a better future

We’re also focusing our advocacy efforts into building back a more sustainable environment. We’re speaking out against backsliding on environmental commitments – something that is often hidden behind rhetoric of cutting ‘green tape’. As part of a government review, we drew attention to the many flaws in national environmental protection laws which have contributed to Australia’s terrible record on deforestation and mammal extinction.

These laws do not even recognise the national environmental significance of climate change and land clearing. This must be fixed, along with ensuring greater involvement by Aboriginal and Torres Strait Islander peoples in environmental management. We also raised concerns about the way environmental approvals are made, with many examples of a need for greater scrutiny, independence and accountability to ensure good decisions. Just one case in point is the NSW government’s decision to approve an extension of a coal mining project under one of Greater Sydney’s reservoirs. The company behind the project, Peabody Energy, is one of the largest coal miners in the world and an active funder of climate change denial.

In the face of decisions like these it’s easy to get dispirited. The good news is that there’s a way to unite all of our voices to help build back a better world. We want to encourage people to come together and have a conversation about how we can create a better world on the other side of the COVID-19 pandemic. We have a tough challenge ahead of us, but by taking collective action through ethical investing we can mobilise huge amounts of capital for a sustainable, resilient and safer future.