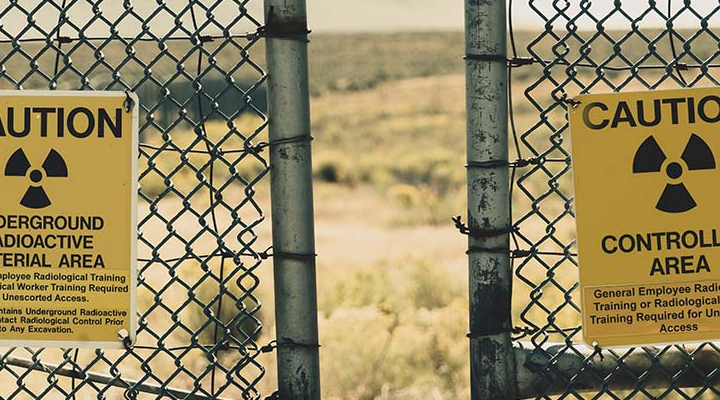 We’re proud to help kick off a new campaign that’s calling on all super funds to divest from companies that produce nuclear weapons.

Quit Nukes is a joint initiative of the Nobel Peace Prize-winning International Campaign to Abolish Nuclear Weapons (ICAN) and the Medical Association for Prevention of War. The campaign kicked off at Australian Ethical’s Sydney offices on Thursday 24 October to coincide with UN World Disarmament Week.

With the exception of Australian Ethical and Future Super, every Australian super fund owns companies that are involved in the manufacture of nuclear weapons. In total, about $15 billion worth of members’ retirement savings are invested in nuclear weapons producers, including companies like Boeing, Airbus and Lockheed Martin.

The threat of nuclear war continues to pose an existential danger to life on this planet. Nine countries currently possess close to 14,000 nuclear weapons between them, with the US and Russia holding over 6,000 each. The detonation of just one of these weapons would change the course of history. According to ICAN, careful modelling has shown that the detonation of just 0.5% of these bombs would bring about a decade-long nuclear winter that would put two billion people at risk of starvation.

People often say that nuclear weapons keep us safe, but in reality the opposite is true. That we have avoided a nuclear launch since the horrors of Hiroshima and Nagasaki in 1945 is more down to dumb luck than good planning. Human, technical and computer errors could trigger an accidental launch that would inevitably spiral into a full-blown nuclear war.

ICAN, the Melbourne-based organisation behind Quit Nukes, won a Nobel Peace Prize in 2017 for its efforts to persuade UN member states to adopt the Treaty on the Prohibition of Nuclear Weapons. Are you surprised to hear that an Australian organisation won a Nobel Peace Prize as recently as two years ago? That’s probably because our government is committed to nuclear weapons via Australia’s military alliance with the US and, as a result, refused to congratulate ICAN on the win.

The Treaty on the Prohibition of Nuclear Weapons was adopted in New York on 7 July 2017 with 122 in favour and 1 against (the Netherlands). Singapore abstained, and 69 nations (including Australia, the nuclear weapon states and NATO members) did not vote. There are currently 79 signatories to the Treaty and 33 countries have ratified it. Once 50 countries have ratified the Treaty – which is expected to occur by 2021 – it will become enforceable under international law.

In practice, the nuclear armed states are likely to continue to ignore the treaty. However, its ratification will be an important part of the strategy to stigmatise, prohibit and eliminate nuclear weapons. UN treaties banning chemical and biological weapons, landmines and cluster munitions already exist and have had a powerful effect. In her foreword to ICAN’s new Choosing Humanity report, former president of the Australian Human Rights Commission Gillian Triggs points out the US is in virtual compliance with the landmine ban treaty, despite opposing it.

From a financial point of view, the most important part of the Treaty on the Prohibition of Nuclear Weapons is Article 1 (1) (e) which states countries may not “assist, encourage or induce” the production of nuclear weapons. That means that investing in companies that are involved in the manufacture of nuclear weapons will be prohibited under international law.

“Importantly, once the Treaty is in force, providing financial assistance to nuclear weapon producers will become illegal, and this should be a catalyst for financial institutions such as superannuation funds to stop investing in these companies,” says Margaret Peril, Director of Quit Nukes.

Australian Ethical has never invested in companies that produce nuclear weapons. Our Ethical Charter states we must avoid any investment which is considered to “create, encourage or perpetuate militarism or engage in the manufacture of armaments”. The potential for misappropriation of nuclear technologies and materials for weapons manufacture is also one of the key reasons we will not invest in nuclear power.

Now it’s up to the rest of the superannuation industry to do the same and divest fully from nuclear weapons. An Ipsos poll conducted in August 2019 confirmed that 69% of Australians want their super to be nuclear weapon free, and 79% of Australias want their government to sign and ratify the UN Treaty on the Prohibition of Nuclear Weapons. It’s time to Quit Nukes!