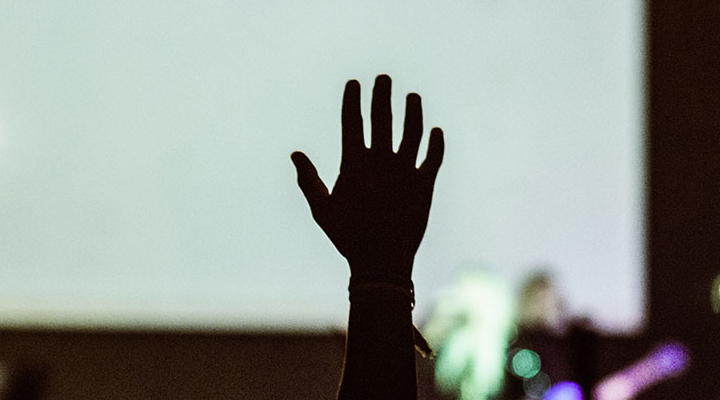 Direct shareholders, super fund members and managed fund investors can all use their power to influence the behaviour of companies they invest in. This behaviour extends to how companies treat their staff, customers and suppliers – as well as the impact they have on the environment.

Through shareholder advocacy investors can use their collective power to engage with a company with the aim of positively changing the way it does business.

It usually starts with a specific issue such as a company’s response to climate change. Shareholders can attempt to engage with a company on their own and, depending on the issue, that may be as far as it goes.

But if they don’t get the response they want, advocates can take the issue further through a shareholder resolution – which puts the issue forward for discussion and consideration at the company’s annual general meeting (AGM).

When shareholders put forward a resolution, the issue will be considered by the company’s board and senior management team. They’ll usually provide a response that’s sent to all the shareholders before the AGM. During the AGM shareholders can vote for the resolution to be passed.

Amanda Richman is an Ethics Analyst with Australian Ethical. She says the AGM itself is an important platform for shareholders to challenge company directors publicly.

“Using a resolution at a company's AGM puts the directors and executives on the spot and brings an issue to the attention of other shareholders,” she says. “It ensures that all company shareholders get a chance to express an opinion on the resolution. And it’s transparent too – because the votes for or against the resolution are recorded.”

In March 2019, we joined shareholder activist group Market Forces to file a shareholder resolution with the board of insurance giant QBE. The resolution called on the company to disclose its targets for reducing its investment and underwriting exposure to coal, oil and gas.

Not long after the resolution was filed, QBE announced it would phase out insuring new thermal coal mines and shut down its thermal coal underwriting business by 2030.

Following this announcement, we joined other investors at QBE’s AGM in May to persuade the company’s directors to go further. Our request: for the company to stop investing in or insuring any type of coal, oil or gas assets that weren’t aligned with the Paris Agreement to keep global warming well below 2 degrees.

Head of Ethics Research at Australian Ethical, Dr Stuart Palmer, attended the AGM. He says the meeting gave QBE investors a chance to voice their concerns.

“There was sustained investor questioning at the AGM about continuing support for oil and gas,” he said. “It was a great forum to be able to speak publicly about issues related to climate change.”

In response to the shareholder pressure, QBE has promised that its climate-based restrictions will continue to “evolve”. Meanwhile, investors have made it clear that they intend to hold QBE to account.

We engage in shareholder advocacy in two ways. The first is through our Advocacy Fund, which buys nominal amounts of shares (usually, about $500 worth) in companies we’ve otherwise screened out for investment. This allows us to participate in advocacy activities, attend board meetings and vote at AGMs in companies that fall short of our charter.

“Screening out companies that are engaged in harmful activities is an important part of what we do, but as a for-purpose company we feel that negative screening by itself is not enough,” says Amanda.

“We also want to use our size and influence to encourage these companies to do better – through our advocacy work, and by being a member of groups like the Investor Group on Climate Change.”

The second way we engage in shareholder advocacy is by calling for companies we invest in to do better, as we did with QBE. These are companies that meet our Ethical Charter but may still have room for improvement.

More ways to have a say

Sometimes shareholder action on its own isn’t enough. Shareholders can also make their influence felt through public awareness campaigns or getting involved in email writing and online petitions.

Investors can also create change by divesting from harmful companies and directing their capital into those that provide positive solutions. This sends a strong message that investors like us no longer believe emissions-intensive businesses have a social licence to operate.

Amanda says that Australian Ethical welcomes feedback from members about the issues they want action on.

“Our members often get in touch to raise their concerns with us – and we take their feedback into account when we set our advocacy priorities,” she said. “Recently, when we made a submission to the NSW Government about factory cages for hens, we sought comments from our social media followers, which we added to the submission.”

You can play an active role in addressing climate change through your investments. Ask your super fund or managed fund to put pressure on the companies they invest in – or invest with a fund like Australian Ethical that’s actively using its shareholder power to tackle climate change.

Are you worried about the climate emergency? Let your super fund or fund manager know, by asking them what actions they’re taking to help reduce emissions.