A hopeful vision of 2040: We have the tools to solve climate change! 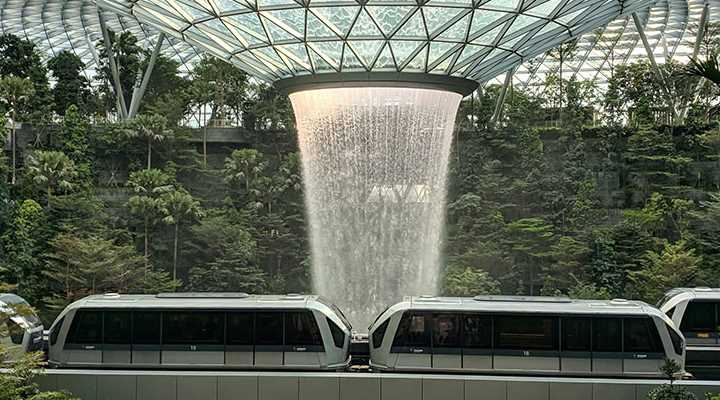 Damon Gameau’s latest documentary is something of a rarity: a relentlessly positive film about climate change. It explores how we can transform the world for future generations if we embrace solutions now.

2040 is a documentary about climate change by Australian actor and director Damon Gameau, who is probably best known for That Sugar Film. The film is a visual letter to Damon’s six-year-old daughter Velvet. Through the use of impressive special effects Damon imagines what the world could like for his adult daughter if we take real action on climate change now. The key message of 2040 – and the driving force behind its optimism – is that all of the solutions we need to tackle climate change already exist. We don’t have to wait for new technology to be developed, Damon says.

The five solutions Damon explores in the film are peer-to-peer rooftop solar microgrids, on-demand transport (which would drastically cut down the number of vehicles in cities), regenerative agriculture, marine permaculture (ie, seaweed farming) to absorb carbon dioxide in the ocean, and the empowerment of girls around the planet.

So how do we get there? Speaking at the Sydney premiere of the film, Damon encouraged people who enjoy 2040 to ‘join the regeneration’ and activate their own personal climate action plan at whatsyour2040.com. The website includes a curriculum guide for teachers as well as information about Carbon8, which is an organisation that pays farmers to put carbon back into the soil.

“If you really want to step up and get involved we’re running what’s called a Regenerators Program. It’s about connecting with people in your community who are equally as passionate about actually doing something,” says Damon.

Listening to the next generation

As part of the film Damon interviewed children aged between six and 11 in countries including Tanzania, Sweden, the US, Bangladesh, Singapore and Australia.

“It was interesting because their visions were all very different," says Damon. "The Tanzanian children just wanted roads and infrastructure, while a kid from the Bronx accused Donald Trump of 'putting chains around the Statue of Liberty'. The kids are the heart of the film because they stand to lose the most if adults fail to address climate change."

“I went through moments of being quite sad because they knew so much,” says Damon. “But at the same time I thought: wow, once these kids get some power and really get to step up great things are going to happen. Because they are aware of what’s going on and they’re growing up with different cultural norms and understandings than we had. They are all very passionate and you see this around the world with the climate strikes. I feel like we’re living through a historical moment and we should celebrate that.”

Damon says part of the motivation for making 2040 was to produce a G-rated climate change film that children could show their parents and teachers.

“There are things they can do and there is a beautiful future if they want it,” he says. But it’s not just up to kids, says Damon – everyone has to “find their agency and get involved in a big way”. “We’ve got an opportunity to create a beautiful and spectacular new world and that’s something that we should all be excited about.”

Why we need optimism

Damon credits environmental psychologist Renee Lertzman with helping him overcome his anxiety about climate change – something that many of us struggle with when confronted with the enormity of the challenge. Dr Lertzman helped him understand how humans react when they are overwhelmed by feelings of worry and guilt.

“She told me it activates a part of the brain called the limbic system, and once that’s activated it shuts down the prefrontal cortex which is where you do all of your problem solving and creative thinking,” says Damon. That means it’s difficult for people to engage with climate change if they are only presented with the problem, he says.

“We’ve just been bombarded with this negative dystopian vision of the future and it’s very hard to connect with that,” says Damon. That’s not to say we don’t need the diagnosis about climate change, he says. The urgency of the situation is communicated well by people like teenage climate activist Greta Thunberg. “You go to the doctor and want to hear what’s wrong with you. But what we’re not being told is the things we can do about that and how we can get better.”

"I really hope this film is a larger call to all artists and filmmakers and poets and musicians to help reignite and kick-start the public imagination again and start to talk about what kind of future we want," says Damon.