15 of the best TED talks to open your mind 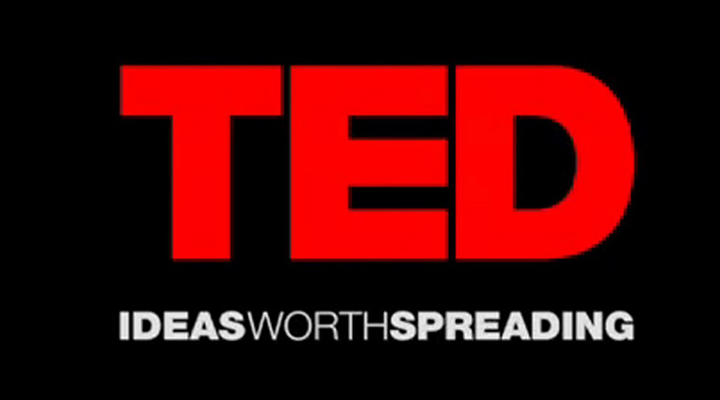 When it comes to debating ethical issues (one of our favourite pastimes), knowledge is key. But keeping up-to-date with the most reliable information can be a daunting prospect after even just a brief Google search.

When it comes to debating ethical issues (one of our favourite pastimes), knowledge is key. But keeping up-to-date with the most reliable information can be a daunting prospect after even just a brief Google search. We think one of the best (and most entertaining) ways to keep yourself in the know is through the wondrous world of TED talks.

TED is a non-profit devoted to spreading ideas, usually in the form of short, powerful talks – 18 minutes or less. It all started in 1984 as a conference to combine technology, entertainment, and design; the talks today cover almost all topics – from science to business to global issues – in more than 100 languages.

1. A pill to improve morality

Julian Savulescu is an Australian philosopher and bioethicist. He is Uehiro Professor of Practical Ethics at the University of Oxford and Head of the Melbourne-Oxford Stem Cell Collaboration, devoted to examining the ethical implications of cloning and embryonic stem cell research.

In his talk, Savulescu shows us that while technology has advanced rapidly, morality has not. Many of the rules for ethics and religions were defined long ago, and they no longer have the answers to the questions that are being raised in today’s world. He argues that we need to enhance our moral rules, and that advancements in biology and psychology may just be the method to do so.

2. How to let the environment guide development

Human growth has strained the Earth’s resources, but as Johan Rockstrom reminds us, our advances also give us the science to recognise this and change our behaviour. In this talk, the sustainability expert delves into what we can do to hopefully avoid the largest transformation period in human history.

3. A provocative way to finance the fight against climate change

Back in 2008, following the global financial crisis, governments across the world adopted a “whatever it takes” approach to monetary recovery, issuing $250 billion worth of international currency to stem the collapse of the economy. In this talk, financial expert Michael Metcalfe discusses how he believes that both governments and individuals can use this same unconventional monetary tool to fund a global commitment to a green future.

4. We need a moral operating system

In this talk, Damon Horowitz, a philosopher and entrepreneur, reviews the enormous new powers that technology has given us. Drawing the audience into a philosophical discussion, Horowitz encourages us to rethink the way we see basic philosophy and ethical principles, and invites us to consider the moral operating system inside us – which will help us make sense of how technology can truly help us.

5. How to make a profit while making a difference

In this insightful and inspiring talk, Audrey Choi discusses how capital markets can be used for social change. Far from the fate of the world being in the hands of the few, it’s individuals who own almost half of global capital, giving all of us the power to stimulate real change. She goes on to bust the myth that ethical investments will somehow result in less economic return.

Head of the Fair Labour Association Auret van Heerden talks about the next frontier of workers’ rights – globalised industries where no single national body can keep workers safe and protected. He discusses a practical approach to workers’ rights, persuading corporations and NGOs to protect labour in global supply chains.

Marketing whiz John Gerzema says there’s an upside to the global financial crisis, and that is the opportunity for positive change. In this talk he identifies four major cultural shifts driving new consumer behaviour, and shows how businesses are evolving to connect with thoughtful spending. He discusses how consumers can become more vigilant about spending and how businesses can remove themselves from economic risk.

8. The way we think about charity is dead wrong

Activist and fundraiser Dan Pallotta calls out the double standard that drives our broken relationships to charities. He believes too many nonprofits are rewarded for how little they spend, when the focus should be on what they get done. In his talk, Pallotta asks us to start rewarding charities for their goals and accomplishments, even when that comes with big spending. After all, charity is about giving.

We all know that we are prone to food wastage in the western world, but author and activist Tristram Stuart reveals just how bad our wastage is. Delving into the shocking data of wasted food, he delivers an impressive argument for why and how western countries need to make more responsible use of global resources.

10. The other inconvenient truth

According to Jonathan Foley, Director of the Institute on the Environment at the University of Minnesota, agriculture is the “single most powerful force unleashed on this planet since the end of the Ice Age”. Speaking in depth about the havoc modern agriculture is wreaking on our global environment, he suggests agriculture is the main culprit of climate change. As a result, he discusses the need for a new kind of agriculture that blends green revolutionary technologies, organic farming methods, and environmental conservation.

Mark Bittman is a bestselling cookbook author, journalist and TV personality. His friendly, informal approach to home cooking has shown millions that fancy execution is no substitute for flavour and soul. In this fiery and funny talk, Bittman discusses what’s wrong with the things we choose to eat and weighs in on the idea that too much meat, too few plants, too much fast food, and too little home cooking is killing the planet.

In this detailed look at the size and scope of the Alberta Tar Sands project, Garth Lenz talks about the impact on the wilderness and the First Nations people that live downstream. He discusses what the “true cost of oil” really is and gives us a look at what environmental devastation might actually look like.

13. How big brands can help save biodiversity

Jason Clay is a World Wildlife Fund vice president who works with big corporations to transform the global markets they operate in, so that we can produce more with less land, less water, and less pollution. In this talk he discusses what it’s like to convince 100 key companies to go sustainable and how he believes global markets will shift to protect the planet our consumption has already outgrown.

14. How to let altruism be your guide

Simply put, altruism is the wish that other people may be happy. And, says happiness researcher and Buddhist monk Matthieu Ricard, altruism is also a great lens for making decisions, both for the short and long term, in work and in life. Sometimes referred to as the “happiest man in the world”, you can’t help but smile as you listen to him talk.

15. The power of vulnerability

Now what’s the point of having all this wonderful knowledge if we are too afraid to use it? This is where wonderful storyteller Brené Brown, will really expand your perception of reality. Brené pinpoints that most of us have a terrible fear of disconnection and shame, but she argues that it’s when we learn to embrace this fear and be truly vulnerable that we realise our full potential. Without getting too soppy, sit back and listen to Brené’s funny, personal story as you learn to embrace the freedom of becoming a more authentic, empathetic person who isn’t afraid to show that you’re only human.

What’s your favourite TED talk? If we didn’t mention your fave TED talk, leave a comment on our Facebook page with the link – we’ve created a Facebook post about this here so you can browse and find new talks that other people have suggested too!