Eyes on you: Australian journalists

Climate change is a story that touches every beat in the newsroom and every aspect of Australian life.

Climate change is an economic story, a health story, a tech story, a business story, a food and wine story, a community story… In short, it touches every beat in the newsroom and every aspect of Australian life.

Can you think of any story more newsworthy than the destruction of the planet on which our survival depends? The plot of this story is, “unless we fundamentally alter our way of life, we will all die?”

In November, the eyes of the world will be on Glasgow at COP26. It’s been billed as our ‘last best chance’ for humanity to get climate right.

And so, just as the smartest minds in science have provided the clearest picture yet of the effect of human activities on climate, we need the best minds in media to give sustained attention to telling this most important story.

Because right now, no other story matters more.

Climate change is an economic story, a health story, a tech story, a business story, a food and wine story, a community story… In short, it touches every beat in the newsroom and every aspect of Australian life.‍

It’s time to change the narrative

It’s time to rebalance the climate narrative with stories that not only help people understand the problem but more importantly the solutions. It’s time to embed solutions as a critical part of a new climate story.

As our storytellers, the media needs to adapt its role as guardians of the truth to embrace being agents of change.

The IPCC’s latest report (August 2021) reiterates what we’ve known for more than a decade: the planet is overheating, human activities are the main driver, and it’s going to get worse. This report is likely to frame the debate at COP26. It’s a debate that will have implications for every being on Earth.

And yet, how we talk about climate change is stuck, stubbornly sitting somewhere between science and platitude, black and white, believer and denier.

As our storytellers, the media needs to adapt its role as guardians of the truth to embrace being agents of change. life.‍

During a natural disaster, the media doesn’t just report on the disaster but also provides instructions on how people can keep themselves safe, what they should do and where they can find help.

And yet when it comes to climate, this doesn’t happen. Coverage compounds existing despair and inaction and leaves people feeling powerless, fatigued and hopeless. In his recent book, respected climate scientist Michael Mann says climate defeatism or doomism poses a greater threat to climate action than outright denial.

Science does give us terrifying news of what’s at stake but the solutions, the policies, and the innovation have never moved so fast.

Technological, economic and social barriers that seemed insurmountable have been crossed causing a seismic shift both in terms of progress and consumer appetite. The falling costs of renewable power, the proliferation of electric vehicles and the boom in ethical investing are just the start. Of course, we can’t see exactly what the end of our transformation looks like, but we can transform climate coverage.

Science does give us terrifying news of what’s at stake but the solutions, the policies, and the innovation have never moved so fast. 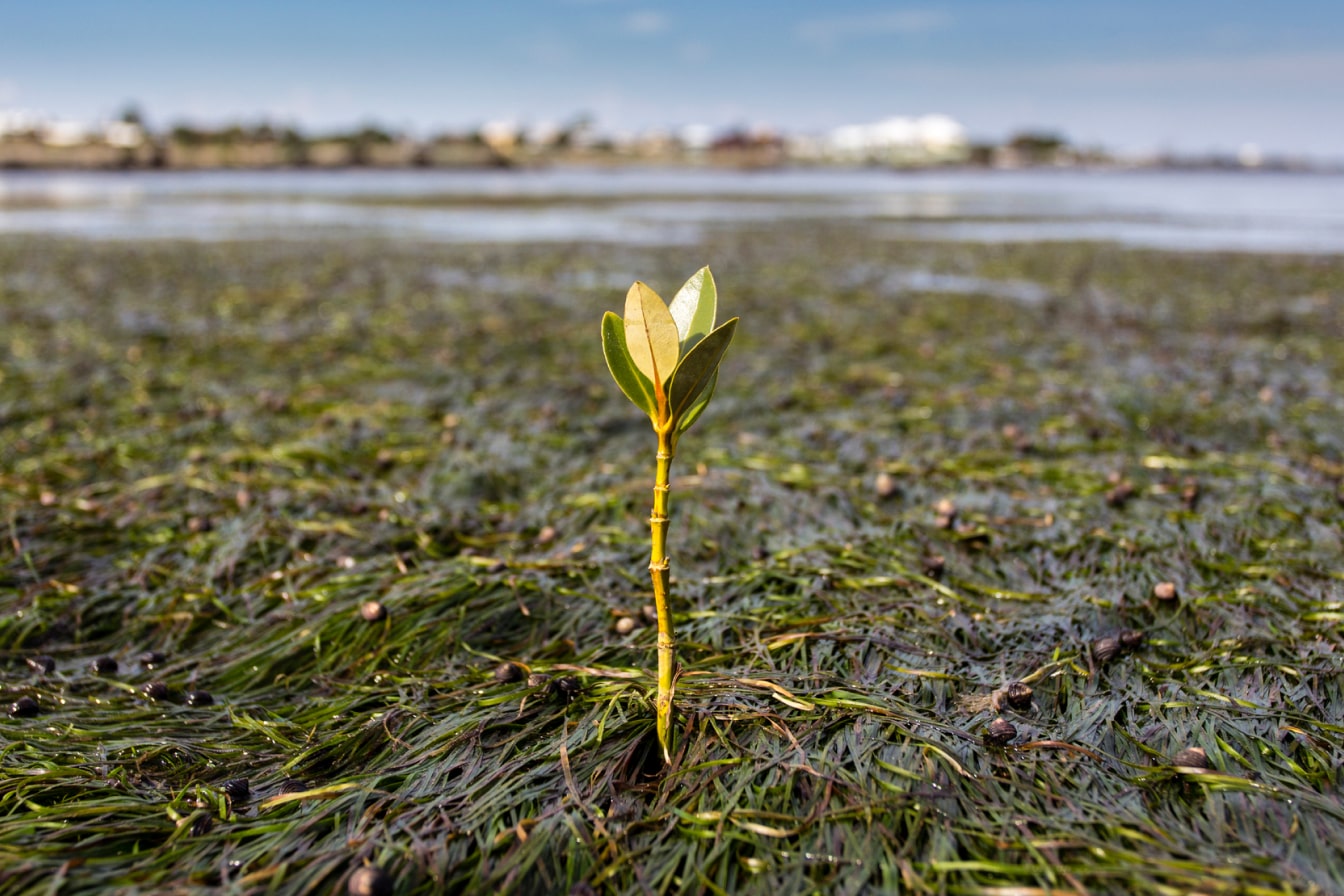 The power of money

Money talks. Money makes the world go round. Money can’t buy you love. Money does lots of things but one thing philosophers, poets and economists can all agree on is that money has power.

Some might even say money is power. It’s a truism. Money is power and in this crisis for humanity, the way we use money is one of the most effective ways we can drive the change we need. From our spending choices to our investment choices, our green bags to our nest eggs, money is the path to change.

COP26 understands this. It’s why they’re not calling for small change, but for systemic change. A change where the whole financial system pivots, where unfettered capitalism is no longer an aspiration, where government funding and private investment move away from dead and dying industries to the ones that will survive, sustain and thrive.

Every working adult in Australia could start today – just look how much money we’ve got stashed away in super. $3 trillion AUD. In GDP terms that's almost as much as India, the UK and France and more than Spain, Italy and Canada (2020)2.

We have the power of change in our payslips. Find out more here.

In 2021, we launched Open Your Eyes, asking our customers to tell us what it was that opened their eyes to ethical investing. We were blown away by the passion, humour and gravity of the answers they gave us. But mostly, it was their willingness to take action that really stood out.

We then asked them to help us open more eyes to creating a better future through ethical investing. Over 1,200 like-minded individuals responded to our request knowing that the more people invest ethically, the greater the impact on our planet. And by doing so, they also told us what opened their eyes to the importance of investing ethically.

“The realisation that change is in our own hands and that consumer choice is a powerful tool. We don’t have to wait for a paralysed government to act on climate. Collective action is powerful.” 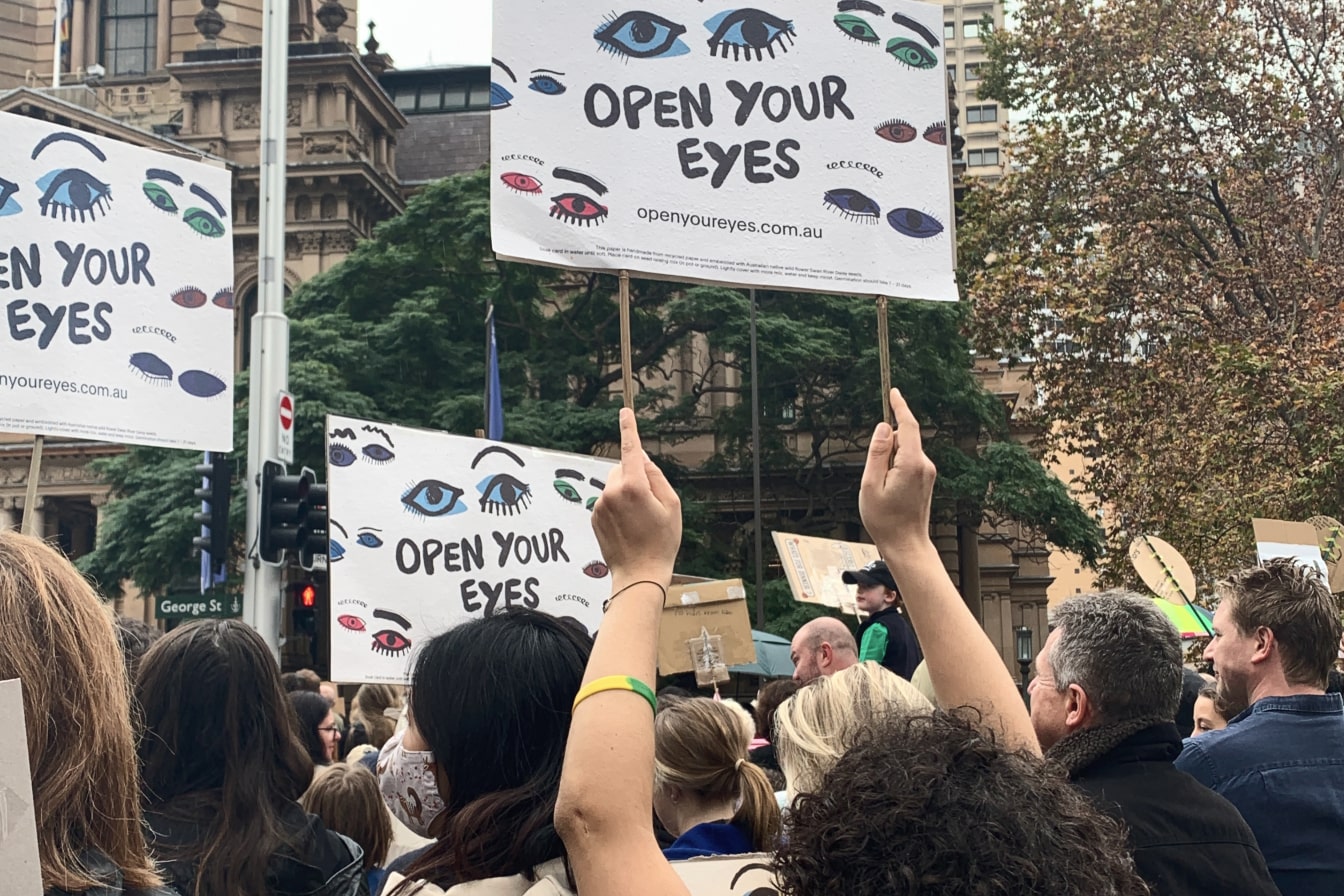 We understand the power of information, the seduction of a statistic and the frisson of a factoid. So we’ve pulled together some resources ahead of the conference:

Australian Ethical was founded on one simple insight: that the power of financial markets could be harnessed to bring about social change.‍

That was 35 years ago, but it has been our north star ever since.

What our founders knew then - and what people are belatedly realising now - is that a society that allocates resources purely to generate short-term profit is untenable. And so, in 1986 they planted a stake in the ground to help divert capital towards long-term returns through ethical investing.

It’s an approach we’ve been refining ever since. Today, we’re world leaders in ethical investing and creating a virtuous cycle where profit and purpose combine to deliver significant financial returns while changing the world for the better.

If you want to talk, share or just need more information please email Camilla Herring, passionate believer in the planet and fortunate enough to work somewhere that can be part of the solution.