Why divestment is not a dirty word 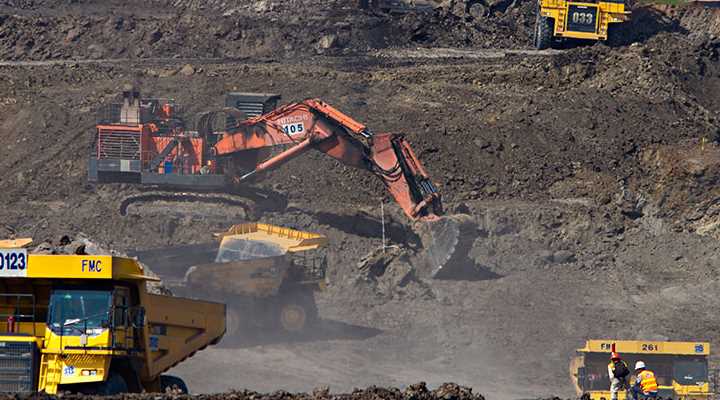 We welcome BHP’s announcement that it will put pressure on its customers and suppliers to reduce their greenhouse gas emissions. However, their CEO’s criticism of the divestment movement is unhelpful, misguided and counterproductive.

Andrew Mackenzie, the CEO of BHP, gave a remarkable speech in London on 23 July. In the speech, he described global warming as “indisputable” and said that a failure to reduce emissions will result in “mass extinctions and major rises in sea level”. It wasn’t what you’d expect from the boss of one of the largest mining companies in the world. He also announced a $570 million investment program aimed at reducing BHP’s carbon emissions as well as those of its customers and suppliers (eg, steel mills, power stations and shipping companies).

These statements and initiatives regarding climate change are to be lauded. And while there is reason to be cynical given the mining sector’s long track record of greenwashing, the significance of one of the world’s largest miners adopting responsibility for the emissions of its customers and suppliers (known as ‘Scope 3 emissions’) cannot be understated. The cascading impact on suppliers and the general political discourse has the potential to be profound. As Mackenzie has said, these Scope 3 emissions are almost 40 times higher than BHP’s emissions from its own operations.

It is unhelpful to demonise those who wish to take bolder action and to characterise them as some form of ‘other’. Everyone has their part to play and we need to respect each other’s contributions.

The choice to divest – whether made at the asset manager level or the corporate level, and whether for ethical or risk management reasons – is nothing more than a decision to allocate capital to lower emissions assets or operations. It is placing a value on lower emissions intensity and effectively ascribing a higher cost of capital, either explicitly or implicitly, to assets or processes with high intensity and rewarding those with lower.

BHP’s initiatives do exactly that. For example, among their initiatives they have said they will tender their shipping contracts to those showing innovation in low emissions. That is a form of divestment – an allocation of capital toward lower emissions-intensive suppliers. The principle is the same. Full divestment is simply further along the spectrum of boldness than other measures.

There may be good reasons why BHP cannot take bolder action. As one of the largest miners in the world it has an extremely complex set of stakeholder issues to manage and the responsibility is huge. There is no denying this. BHP is faced with practical realities and the need to balance pragmatism with idealism. Idealism is simply not available to the company – after all, it is hard to pivot the Titanic.

These constraints are very real to BHP. The course they have taken is bold for them given their particular set of circumstances. It is also arguably the best course of action for the world given their market power. We absolutely need the existing infrastructure to transform.

Until BHP emits zero emissions any solution is partial and there will be those in the community, like us, who choose not to invest in his company – those that want to accelerate the transition and skip straight to the end game.

There are any number of surveys highlighting the rising share of the community that want more urgent action on climate change by both government and business even if it comes at a cost. This is not a fringe movement. It is the rising tide of community expectation.

Andrew Mackenzie should be lauded for his leadership. However, his comments regarding divestment are unhelpful, unnecessary and are themselves misguided and counterproductive. They diminish the quality of his leadership.

Phil Vernon is the Managing Director and CEO of Australian Ethical.