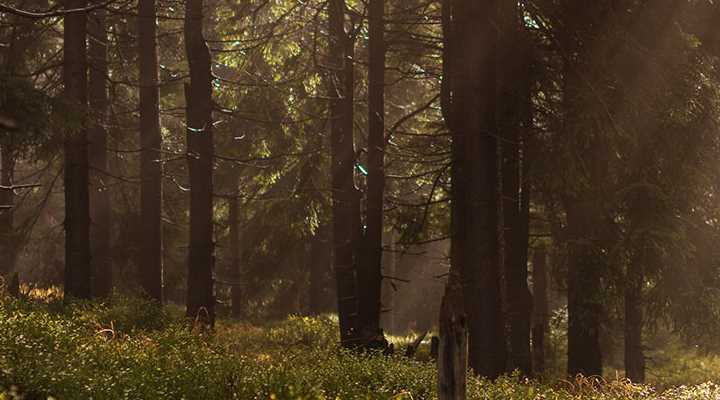 The Australian Ethical Foundation is supporting the Wilderness Society with a three-year grant to help develop the next generation of community leaders.

Forests play an important part in protecting us from the impacts of climate change. But in Australia, they’re under threat.

Every two minutes a patch of forest or bushland the size of the Melbourne Cricket Ground is bulldozed. This level of destruction puts Australia in the global top 10 for deforestation, alongside the damage being done in Borneo, the Amazon and the Congo. Land is cleared for agriculture (primarily beef production), mining and urban development.

Only 50% of Australia’s forest and bushland remains since logging began.

For years the Wilderness Society has campaigned to protect Australia’s forests. They’re fighting for environmental protection laws to save our native forests, the animals that live in them and the life they give to all Australians. We’re proud to be supporting their work through the Australian Ethical Foundation.

Tall, damp, life-giving eucalyptus trees stretch along the spine of the Great Dividing Range, from the snowy alpine region to the golden coast of Victoria. The Mountain Ash forests of Victoria’s Central Highlands are some of the most efficient in the world at storing carbon. But today, only 1% of this critically endangered region remains unlogged and unburnt. And it’s under threat.

These forests are integral to sustaining life. There are more than 35 threatened species that depend on them to survive. Some are at risk of extinction in our lifetime, like the critically endangered Leadbeater’s Possum which is not found anywhere else on Earth.

And if you live in Melbourne, every time you turn on your tap you’re drinking the world-renowned clean and safe drinking waters that flow from the headwaters of rivers in the forests. According to the Australian National University, this water contributes $310 million a year to Australia’s GDP.

These forests are a powerful part of the carbon cycle, protecting us from some of the worst impacts of global warming. If Australia had a carbon pricing system it’s estimated they’d be worth $50 million a year.

The current agreement with Nippon Paper pales in comparison to these natural economic benefits.

“This funding will enable us to run advanced community training called Movement for Life in Victoria for people who are really passionate about protecting our forests,” says Damian Ogden, National Community Organising Manager. “We’re training people to go out and organise communities for themselves and contribute to the protection of forests. We will teach them the best practice in community organising and grassroots campaigning.”

Many Australians are not even aware that this logging is happening, let alone that logging in these native forests lacks adequate government approval. As the impacts of climate change become more prevalent, it’s more important than ever that we protect our carbon-capturing forests.

“Through this training we want to empower people to be advocates for the forests,” explains Victoria Campaigns Manager Amelia Young. “We want them to advocate for corporate Australia to move away from products that are made from Victoria’s native forests.”

So what can you do?

You can refuse to purchase Reflex paper until the business leaves Victoria’s native forests alone. You can learn more at the campaign page ethicalpaper.com.au, or if you really want to take action you can attend one of the Wilderness Society’s training programs.