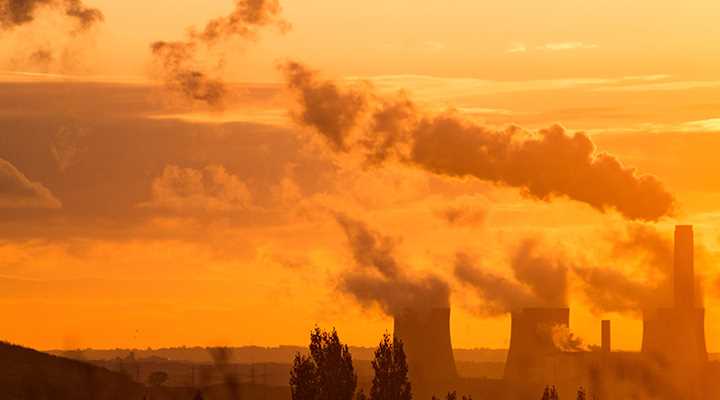 Why is it right to divest from fossil fuel companies? In Bill McKibben’s words, “if it’s wrong to wreck the climate, then it’s wrong to profit from the wreckage.”

But the argument to divest from fossil fuels is not simply about morality.

In an article that appeared in Rolling Stone magazine – that interestingly, was much more widely shared online than the Justin Bieber cover article in the same edition – McKibben warns of “terrifying new math” that shows the numbers add up to a ‘Carbon Bubble’ that like all bubbles, must burst.

Put simply, the ‘Carbon Bubble’ argument is that if the global warming is to be kept to less than 2 degrees Celsius – the level that nearly all governments globally agree we must stay within to avoid the catastrophic affects of climate change – then the maximum amount of greenhouse gas emissions by 2050, is 565 Gigatons of carbon dioxide (or equivalent).

You would think that these numbers would spur governments into global, coordinated action, but unfortunately despite many years of scientists raising the alarm, the response has been weak and inadequate. The wealthy, fossil-fuel industry has successfully lobbied governments into delaying meaningful action and successfully confused much of the public in regards to the facts and the need for immediate action.

So what next? McKibben is advocating mass divestment from fossil fuel companies.

Already in the US, universities, city governments, religious institutions as well as individuals have divested from fossil fuels. To us, this is a similar movement of money that helped bring an end to apartheid in South Africa and the power of divestment is unmistakable. During the 1980’s it was divestment from companies involved in the country that was accredited with pressuring the South African Government to embark on negotiations that ultimately led to the dismantling of the apartheid system. Divestment can work when it sends a powerful message.

In Australia, the movement is gaining momentum. MarketForces recently commissioned a survey of super fund members (conducted by The Australia Institute think tank), that found a significant number of members – the equivalent of almost $250 billion – would be willing to switch super funds if their current fund was found to be investing in coal mining and coal seam gas.

Despite the enthusiasm of many within the environmental movement to promote divestment, there is some question over whether it is an effective means of protest, since a small amount of divestment from fossil fuel companies will have only a minimal affect on their share prices.

This is because when an ethical investor divests, an ethically-neutral investor will happily purchase the shares, keeping the share price at the same level, which is based on the underlying fundamentals of the company; its ability to generate profit.

But here’s the thing.

If McKibben’s maths is right about the unburnable carbon – and we’ve got every reason to believe it’s based on accurate data and logic – then the fossil fuel companies are grossly overvalued; their ability to generate profit long-term is very much in question.

A divestment movement limited to the environmental community might not have the scale to significantly hurt the fossil fuel industry. But as word gets out that every individuals’ retirement savings are at substantial risk due to the unavoidable maths of climate change, surely it’s a question of ‘when’, not ‘if’ a wide-scale, game-changing amount of divestment occurs; on financial if not ethical grounds.

A final word on divestment, is that it’s not just about where your money isn’t. You can make a difference by being intentional about where your money is. The companies Australian Ethical invest in do not merely pass our negative ethical screen, they also must be doing good for the world; it’s something we call positive, ethical investment. For example, we invest in renewable energy companies helping to build a low-carbon future, companies involved in efficient transport, medical breakthroughs, technology to help us connect with each other and much more.