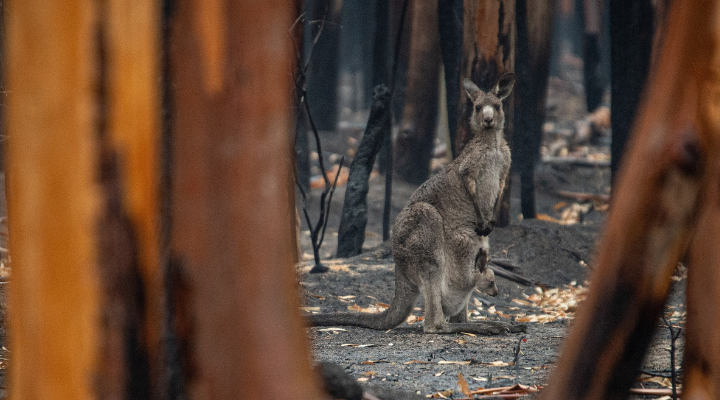 79% of Australians care about climate change, but as a nation we are falling behind on our climate action. But now we have a chance with the Climate Change Bill.

More Australians want action on climate change than ever before. They’re taking to the streets. Divesting their money from fossil fuels. Encouraging businesses to take a stand on climate change. And calling on our government leaders to make commitments to reduce emissions.

At Australian Ethical we want our leaders to listen to the people they lead and make science-based commitments to take decisive action on climate change.

That’s why we’re joining individuals and businesses to demand our government commit to net zero emissions by 2050.

Independent MP Zali Steggall has submitted the Climate Change Bill to parliament, asking for just that, a commitment. And thousands of Aussies are supporting this bill. We’ve been campaigning for it as well and our ethics team has written to the businesses we invest in, urging them to support the bill.

The bill will ensure that Australia has:

·       Risk assessments and adaptation plans in key sectors, so that different parts of our continent and economy know the risks of climate change and can prepare for them

·       Technology readiness assessments, so that we know the existing and emerging ways we can reduce emissions with the least risk and cost

·       Independent advisory commission (IAC) that can advise the Government, transparently and independently, on our national needs and plans.

Inaction on climate change is not just bad for humankind, it’s bad for business.

According to a recent Deloitte report, the economic impact of inaction will cost Australians $3.4 trillion by 2070 and 880,000 jobs, mostly in tourism and mining in Queensland, the Northern Territory and Western Australia. 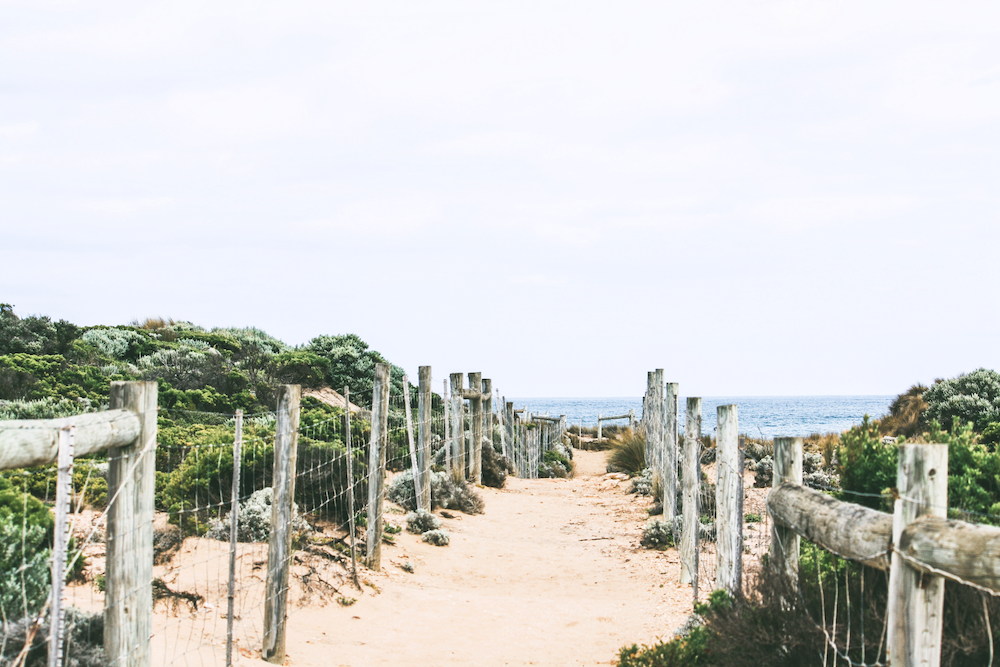 But there are enormous opportunities for Australia to be a world leader on renewables.

Yet, our government has committed to a gas-led recovery as we emerge from the COVID19 pandemic. Together with 72 other Australian businesses we’ve called for a renewable-led recovery. It could boost 100,000 jobs and future-proof our economy. It would bring manufacturing back to Australia, grow existing industries, unlock new industries, and boost global exports.

We’re being left behind

The consensus on the climate science is at an all-time high. Urgent action is recommended by scientists and being committed to by nations, cities and companies.

Australia is quickly becoming an international pariah when it comes to our climate inaction.

The Climate Change Performance Index evaluates 57 countries which are responsible for more than 90% of global emissions. In 2020, Australia has ranked last on climate policy.

Just recently UK PM Boris Johnson told Morrison that “we need bold action to address climate change”. Japan and South Korea have committed to decarbonisation by 2050 and China by 2060. Many expect incoming US President Joe Biden will put pressure on the Morrison Government to take more climate action.

All Australian states and territories have committed to net zero emissions by 2050 or sooner - the federal government has not.

Many still pit jobs against climate action. Coal against renewables. But as the research has shown, without a transition, there will be far less jobs in the future. Tackling climate change can create job opportunities and Australia has the potential to become a global leader in renewables.

Climate change is about our collective future and should usurp party politics.

The Deloitte report suggests we could adopt a net zero emissions policy at a fraction of the cost of dealing with the pandemic, not to mention the economic growth over the next half century.

In addition to sustainable job growth, lower cost energy and greater certainty for investing in new technologies, it could also lead to greater trade certainty. More than half of Australia’s two-way trading partners have set targets to reach net zero by 2050.

What we can do

Together as citizens, we have the power to influence business and government policy.

So we can sign petitions and use our voices. But we can also engage with businesses. Because where we spend our money matters.

As citizens, ask the companies you engage with regularly if they support the bill and have a net zero emissions target. Email your banks or your electricity company. Explain to them why this is important to you. These actions make a difference.

Where consumers choose to spend their money is a signal for companies to change.

That’s why we’ve been engaging with businesses in Australia for decades to encourage them to review and improve their climate policies. You can see our latest climate advocacy work here.

No one person or business or government policy can get us to net zero emissions. We all have to do it together. 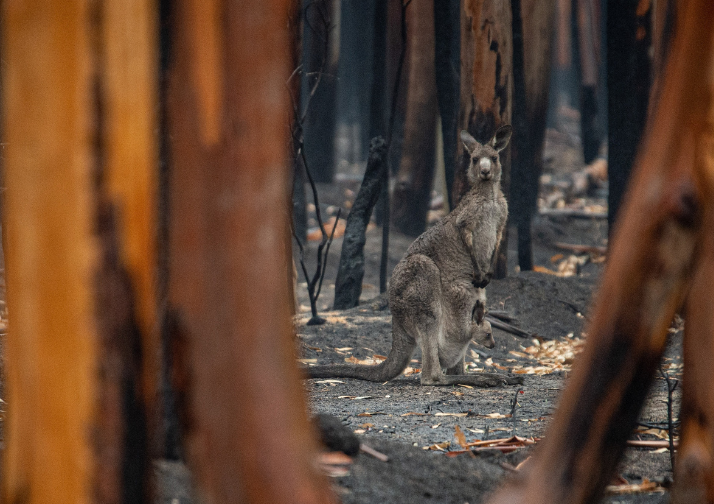 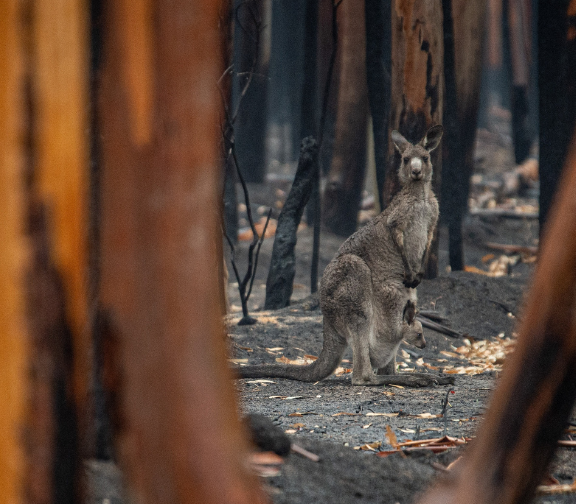 79% of Australians care about climate change, but as a nation we are falling behind on our climate action. But now we have a chance with the Climate Change Bill.

The future of investing is ethical 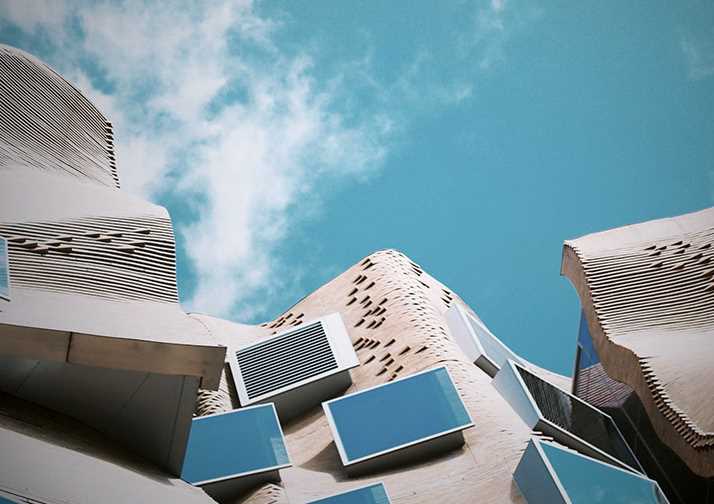 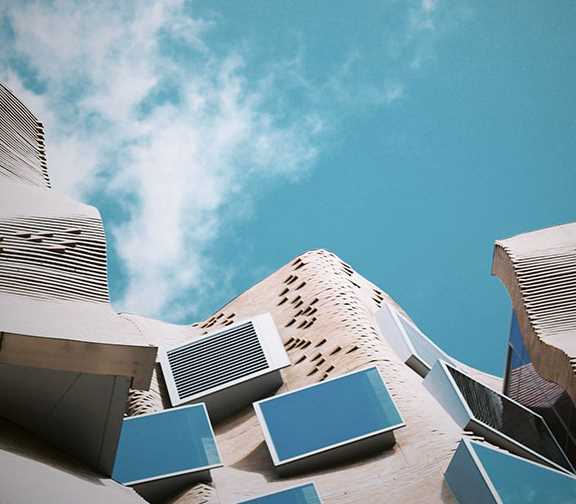 How do you really know if your money is invested in weapons, fossil fuels or slavery? The ethical investing scene can be a bit confusing to the uninitiated, so here’s a basic rundown of the different options that are available.

We must stay below 1.5°C of warming 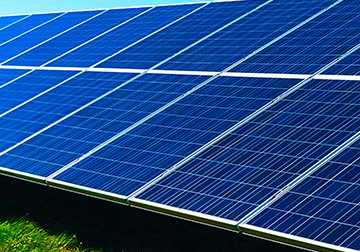 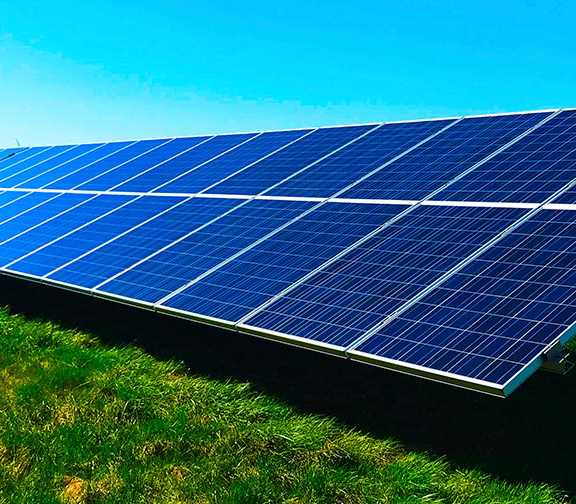 The past year has been as tough as they come for those in climate despair. We seem to be going backwards with the latest approvals for the Adani Carmichael coal mine and the stark reality of the bushfires on Australia’s east coast. Here’s how your savings are helping Australia find its climate mojo and make 2020 a turnaround year for climate action.