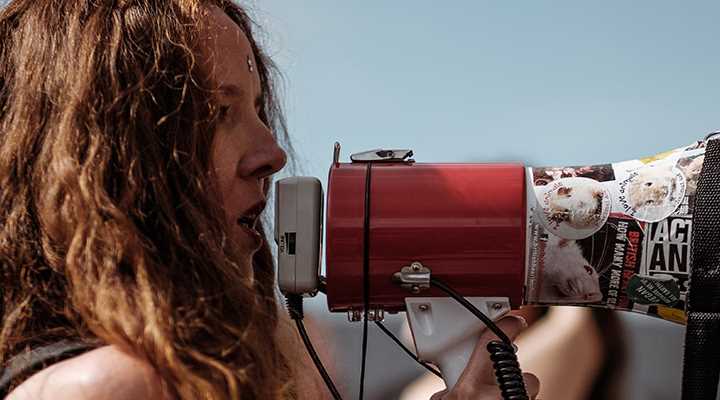 Here's 10 good, inspirational stories that'll lift you up and inspire you! Check out these Aussie women who are positive, strong role models...

We live in an era with a record-high number of simultaneous female world leaders. If we can get to a critical mass of women in decision-making roles, we’ll have an enormous impact on the ability to solve some of the world’s biggest issues.

Women all over the world have a powerful voice, and it’s not just the occasional women politicians. Many women around the globe are actively participating in peacemaking, peacebuilding, post-conflict processes, climate change mitigation, disaster risk reduction planning and recovery, and working tirelessly to find solutions to a whole range of global issues.

Just take a look at these 10 inspiring, changemaking Australian women who are fighting to make a difference in the world.

Founder and CEO at 1 Million Women 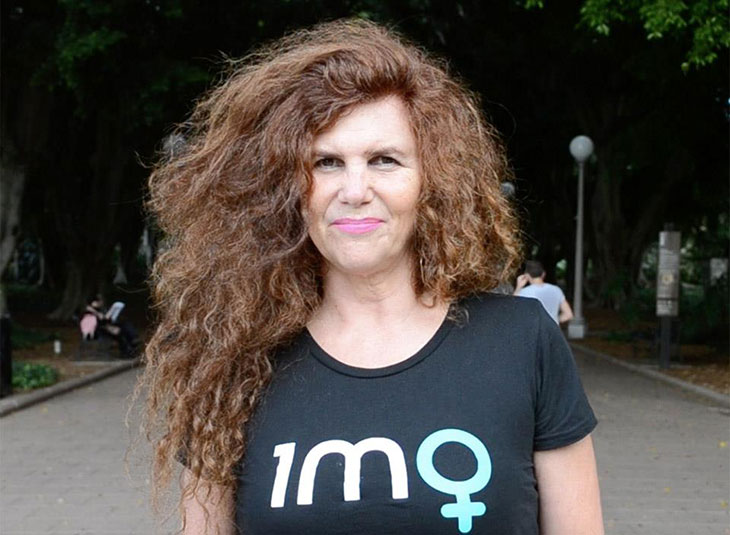 Having realised that individual action paired with game-changing women is key to solving the climate crisis, Natalie Isaacs left behind the over-packaged world of beauty products and skincare to create an organisation that inspires and empowers women to act.

In a country like Australia, women make the vast majority of the consumer purchasing decisions that affect a household’s carbon footprint, Natalie’s belief is that if women act together to cut carbon pollution, the vision of a net-zero carbon economy will be reached faster. Since starting the organisation 1 Million Women, Natalie has inspired 450,000 women (and counting) to take practical action to fight climate change by changing the way we live.

When founder and CEO of Job Capital, Jo Burston, travelled to schools in Australia in 2013 and asked young girls what they thought an entrepreneur was, most had no idea. The few that did, answered “a man”. Jo started to wonder why she was the only female entrepreneur on stage when she was at award ceremony after award ceremony. Determined to change the situation, she went on to found Inspiring Rare Birds– a movement that promotes opportunities for women in entrepreneurship.

A regional Oceania ambassador for the UN-recognised Women’s Entrepreneurship Day, Jo is passionate about encouraging young Australians to find out exactly who it is they want to become, and to create their own jobs to help them realise their dreams. Through storytelling, mentorship, funding and community, Rare Birds seeks to give every woman globally the opportunity to become an entrepreneur if they want to.

Founder and CEO of Project Futures 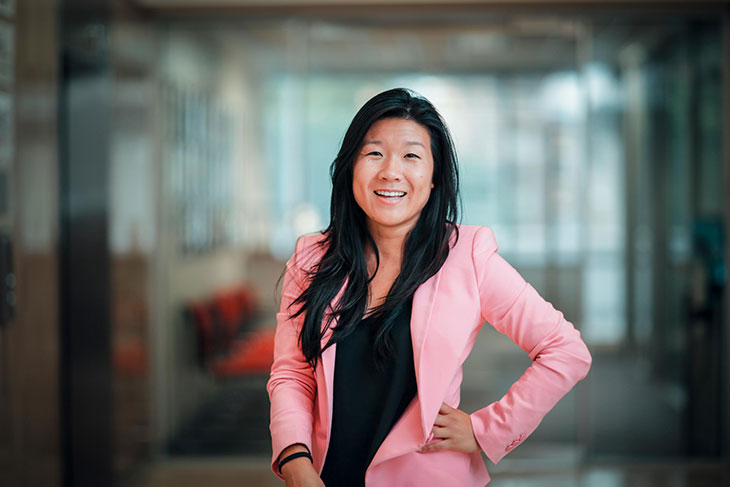 Stephanie Lorenzo wants to change the world by ending human trafficking and sexual slavery for adults in Australia. At 22-years-old, she was introduced to the issue of human trafficking with the heart-wrenching biography by Somaly Mam, The Road of Lost Innocence. It sparked her to found Project Futures, a non-for-profit organisation working to end human trafficking and slavery by empowering individuals to take action in their communities.

Project Futures gives individuals the opportunity to align with projects that work directly with victims and survivors of slavery. Since 2009 it has raised more than $3.2 million, directly supported more than 250 victims of slavery, and held over 500 individual fundraisers.

Stephanie has been described as an “amazing role model for other young people”. We agree wholeheartedly!

Executive Director of The Groundswell Project Image via The Groundswell Project

Jessie Williams is the Executive Director of The Groundswell Project, a leading social enterprise known for using innovative arts and health programs to create social and cultural change around the issues of death and dying. As a learning entrepreneur, Jessie has facilitated over 20 years for The School for Social Entrepreneurs, The Centre of Community Welfare Training, the The Hunger Project and Create Foundation. She also runs lessons on grief, ethics and coaching. Talk about a high achiever!

Jessie wants to create a shift from generalised avoidance surrounding to topic of death, to active engagement and social action. Currently, 70% of people express a wish to die at home, yet only 14% get to do so. These are the types of statistics that The Groundswell Project wants to change. 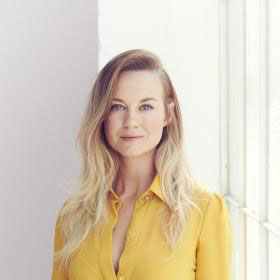 On her first trip to East Africa in 2009, Rosie was exposed to the challenges that the local Ugandan women and children faced, especially in regards to homelessness. Rosie had a vision – she wanted to create a world where these women and children were healthy, safe, educated and loved – so set about creating a place they could call home. ‘Our Place’ first opened its doors in 2010, and supports a number of orphaned and vulnerable Ugandan children as well as partners with the local government to deliver primary school education programs.

On top of this, in 2014, Rosie established the Institute for Global Women Leaders (IGWL), an organisation that develops programs for school leavers and young women who wish to learn more about themselves and contribute globally.

Co-founder and Director of Thankyou Group 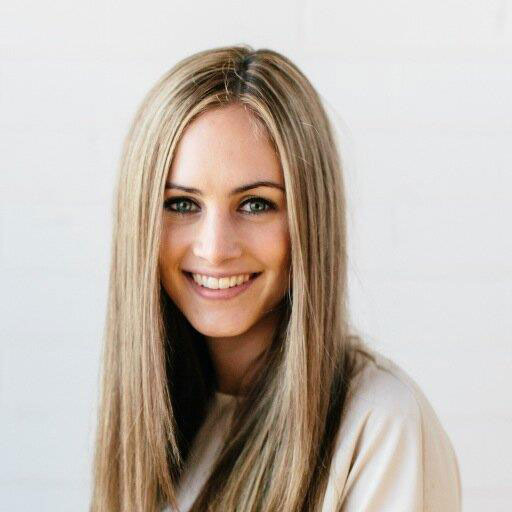 Justine Flynn is a true visionary, and the co-founder of trailblazing social enterprise Thankyou. Thankyou was founded in 2008 in response to the World Water Crisis. At that point in time, over 900 million people around the world were without access to safe drinking water, and despite Australians having safe access straight from a tap, our bottled water industry was worth an estimated $600 million a year.

That’s where Justine, together with her husband Daniel Flynn and friend Jarryd Burns saw an opportunity. Driven by the single belief that we can end global poverty in this lifetime, they designed and delivered the sustainable water, food and body care company, which gives 100% of the profits to people in need. Using a Track Your Impact system, those purchasing their products can see exactly which project they are helping to fund. 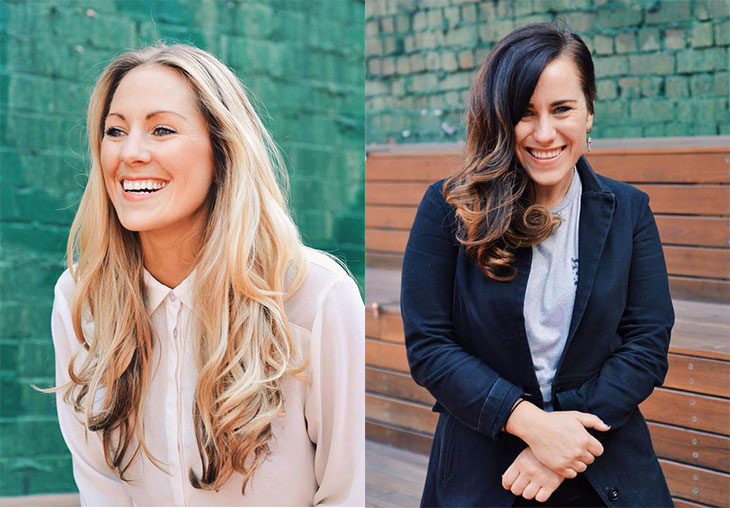 Project Rockit was launched in 2006 by Rosie and Lucy Thomas, two sisters who saw the opportunity combat school bullying and create real social change. Project Rockit creates a space where imagination, leadership, creative expression and acceptance can thrive, regardless of someone’s gender, sexuality and cultural background.

Working with hundreds of thousands of school students since launching, the sisters have also created an innovative online anti-bullying curriculum, an Australian-first in the fight against cyber bullying.

Le Ho arrived in Australia 1981 as a refugee from Vietnam. She didn’t speak any English and made a living working in cafes, yet now she owns one of the largest waste management companies in Sydney.

Le Ho has always had a head for business and opened her first bridal store at 20-years-old. In just six years she grew the business to six retail stores, but then she set her sights on waste management. Having been asked to oversee her friend’s business while they went oversees, Le realised quickly that Capital City Waste was losing about $20,000 a month. On the brink of liquidation, she offered to buy it for $50,000 and try to turn the business around. Bearing in mind that Le had just had a baby, she set straight to work and today the company is worth in excess of $10 million. 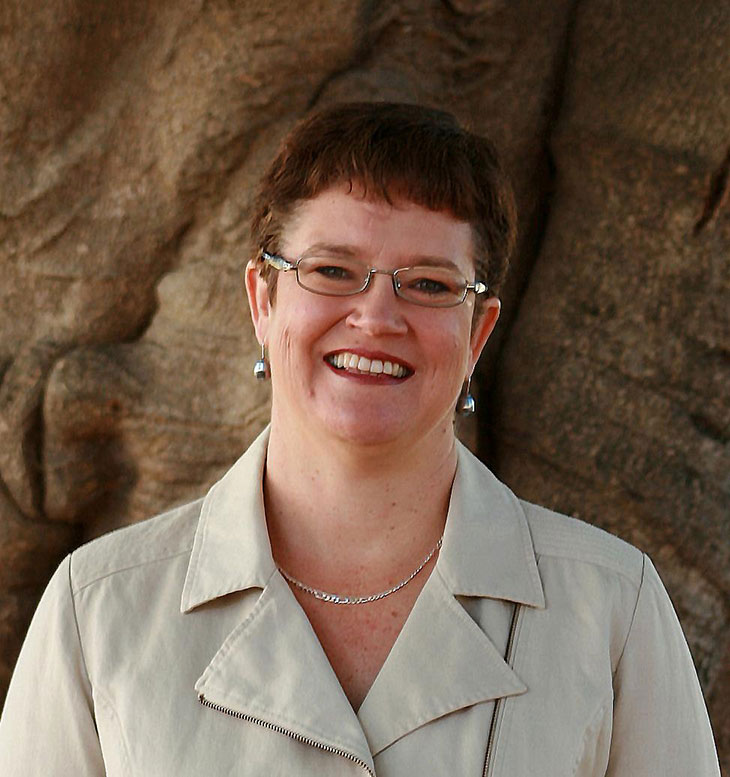 When Alison Gray read Muhammad Yunus’ book Social Business, she was inspired to make a positive social impact. After 25 years of corporate experience and a strong skill set in marketing and business management, she started her own social enterprise, Gifts4Good.

Alison (like us!) believes that most people want to make a positive impact to society, so she found a way to make this as convenient and simple as possible.

Gifts4Good is a new way of giving – allowing you access to donations from over 500 online stores at no extra cost. It allows you to shop as you normally would, but support a cause while you are at it. You can also buy gifts such as a piglet, clean water for a family, a blackboard for a classroom or a swag for the homeless.

There’s nothing like hearing about the amazing things others are doing for inspiring us that anything is possible. So what are you waiting for? Get out there and become an inspiration of your own!