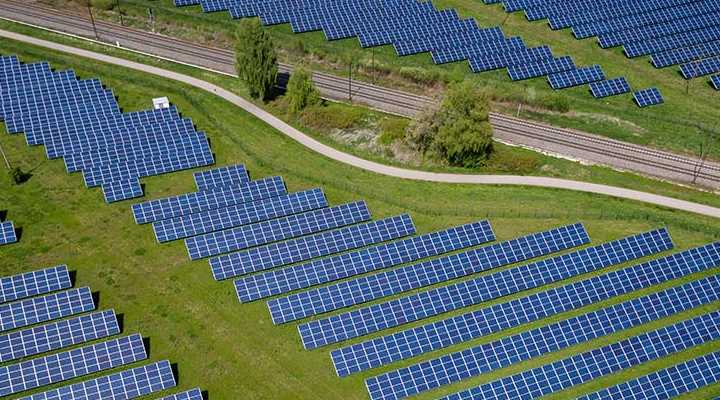 Australia is a climate laggard

The election of Joe Biden as the next US President is likely to reinvigorate global efforts to tackle climate change. When Biden is inaugurated on 20 January 2021 the US will re-enter the Paris Agreement. Shortly after that, Biden is likely to follow through on his campaign promise and commit the US to net-zero carbon emissions by 2050. By committing to carbon neutrality the US will join many other countries including (most recently) South Korea, Japan, the European Union and China (which has announced it will achieve carbon neutrality by 2060). At present, Australia has no commitment to carbon neutrality at the Federal level – only a target of reducing emissions to 26-28% below 2005 levels by 2030. This decidedly unambitious target also uses ‘carryover credits’ from the Kyoto Protocol, something almost no other country is doing.

It’s clear that carbon neutrality by mid-century is becoming the standard for developed countries. In a phone call in October, conservative UK Prime Minister Boris Johnson urged Australian PM Scott Morrison to take “bold action” to address climate change, pointing out that a transition to net zero would be good for the economy. In that context, it’s hard to fathom the Australian Government’s decision to double down on fossil fuels with its proposed ‘gas-led recovery’. Gas is an emissions-intensive fossil fuel that will exacerbate, not mitigate, climate change. What’s more, demand for fossil fuels is declining and new gas projects are likely to end up being stranded assets.

How we’re using our voice

As an ethical investor we shift capital towards positive businesses and away from unsustainable companies and industries. We also use our voice as an ethical investor to influence companies and governments to do better. When it comes to climate change policy, we’ve called on the Australian Government to design economic stimulus which supports resilient and sustainable infrastructure and technologies. We continue to use our strong ethical voice in the media, industry roundtables and webinars to call for a 2050 net zero emissions target and a comprehensive carbon pricing scheme to drive innovation and investment to meet the Paris climate objectives.

We support the WWF’s COVID-19 stimulus package which focuses on making Australia a renewable energy exporting superpower. Australia has abundant renewable energy resources that could power a green hydrogen and steel industry and make us an exporter of zero-emission products. According to WWF, a renewable-led recovery would create over 100,000 direct jobs and bring manufacturing back to our shores. What’s more, every dollar of stimulus spent on clean energy projects generates almost three times as many jobs per dollar than investment in fossil fuel projects.

We co-signed a letter coordinated by the Global Compact Network Australia to ask the Australian Government to use the UN Sustainable Development Goals (SDGs) as a policy framework for a stronger recovery. The 17 goals of the SDGs focus on health, wellbeing and reducing widening social inequalities. In the letter, we called on the government to use the SDGs to build coherent policies for a healthier planet and to aid the transition to net zero.

“We must balance social and economic needs with the needs of our planet, protecting and managing nature, and reducing our greenhouse gas emissions. These goals do not have to be in conflict,” says the letter.

You can read about the impact of Australian Ethical’s investments measured against the SDGs here.

We need a better roadmap - now

The Federal Government’s Technology Roadmap and October Budget failed to provide the direction and policy certainty investors have been hoping for. There was very little new money for renewable projects, whereas $100 million was announced for investments in gas as well as carbon capture and storage pilot projects. However, promising money for carbon capture and storage won’t drive private sector investment into the technology when companies don’t pay a price for continuing to release carbon into the air.

Australian investors are still missing a reliable market signal from the government to invest in already proven energy technologies that are carbon free such as renewables, batteries and other forms of energy storage.

We will continue to explore ways to support sensible climate policy like the Climate Asset and Liability Mechanism (CALM) carbon pricing proposal developed by leading economists and the Academy of Social Sciences in Australia. The CALM model proposed the establishment of an independent Australian Climate Bank that would lock the country into a predictable policy process.

We are also continuing to support independent MP Zali Steggall’s Climate Change Bill 2020 and we encouraged our members, investors and other stakeholders to make a submission to the current inquiry into the bill. In our submission we highlighted the important role ethical investment can play and the urgent need to move towards net zero. Ultimately, we argued, “net zero will largely be delivered not by government but by businesses, investors and individuals with the transition to a climate-safe world already underway.” We urged the Federal Government to become a leader in the decarbonised economy by approving passage of the Climate Change Bill and creating a better future for all Australians.