A bin for the ocean: 2019 community grant winner Seabin is a clever invention on a mission: to reduce plastic pollution from our oceans. And they’re a recipient of an Australian Ethical community grant for 2019. We caught up with them to find out more about how they’re fighting pollution.

We have rubbish bins on land, so why not in the water?

This was the simple premise for Pete and Andrew who started Seabin, an innovative solution to remove debris from our waterways.

“We didn’t want to keep seeing plastic in the water when we were surfing, sailing and swimming,” explains Pete Ceglinksi CEO and co-founder.

Which is why Pete and his business partner Andrew came up with the idea to create a rubbish bin for the water. 14 months (and a viral crowdfunding video reaching 1.3 billion people) later there are now 720 Seabins in over 48 countries collecting plastic, debris and even oil from waterways.

“We are capturing 2.5 tonnes of marine litter each day around the world,” says Pete. “Pretty amazing, hey?”

Each year at least 8 million tonnes of plastic enter the ocean. One Seabin removes on average 3.9kg of marine debris each day and up to 1.4 tonnes every year. 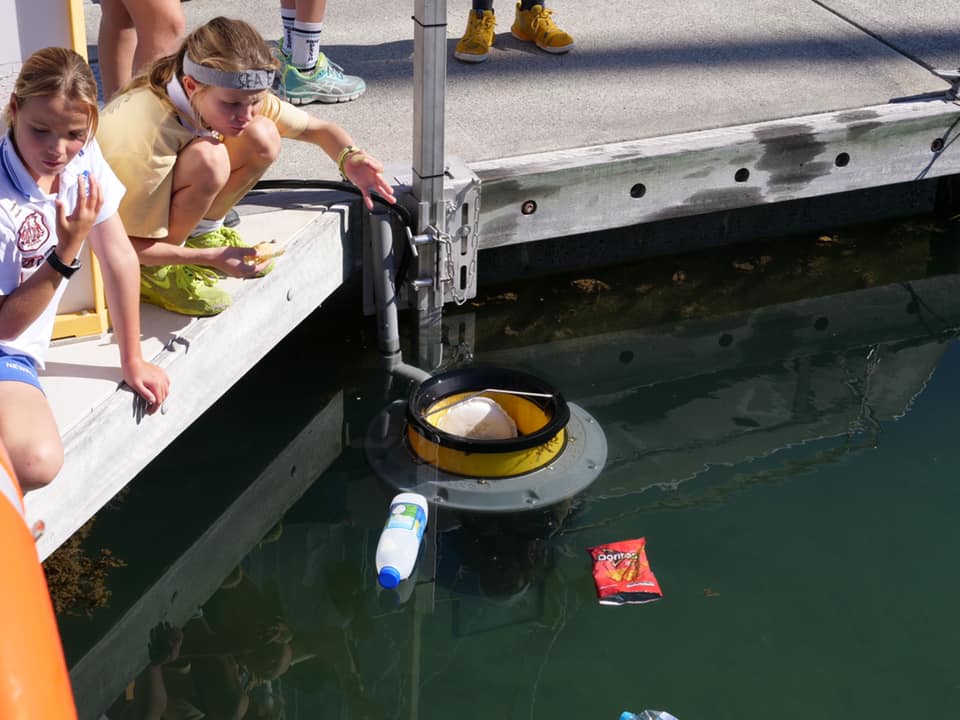 More than a drop in the ocean

“It really captured people’s attention,” Pete says from his Byron Shire home where his upbringing has always revolved around his love for the ocean. “From our viral video we’ve had marinas, ports and local governments reaching out to us from all over the world enquiring about Seabin’s.”

In the lead up to the 2020 Olympics, Japan is focusing on the Sustainable Development Goals (SDG). They have installed a Seabin in the sailing village to address SDG goal number 14, Life Below Water.

The Seabin is created from unique technology that can operate autonomously 24/7 in ports, marinas, rivers and lakes, essential locations to stop marine litter from entering the open ocean. It is estimated that between 80-90% of marine litter comes from the land, most of which reaches the oceans through waterways.

The bin skims the top inch of water, capturing the pollution. (Fortunately, there aren’t many fish that high up in the water table so there’s a less than 1% chance of capturing fish).

“Debris in water is sadly normal to see. And it shouldn’t be,” Pete continues. “Our short-term goal is to work smarter. There will always be an issue of litter in the water, so we want to create legislation that dictates and supports the need for solutions to capture waterborne floating litter. Hopefully, over time as preventative land-based measures kick in, there will be less and less marine litter in our oceans”.

“The long-term goal of Seabin is to not have a need for it. The Seabins are good and they have an impact, but the biggest and most powerful aspect is the communication. Seeing something visually in the water inspires people to do something.” 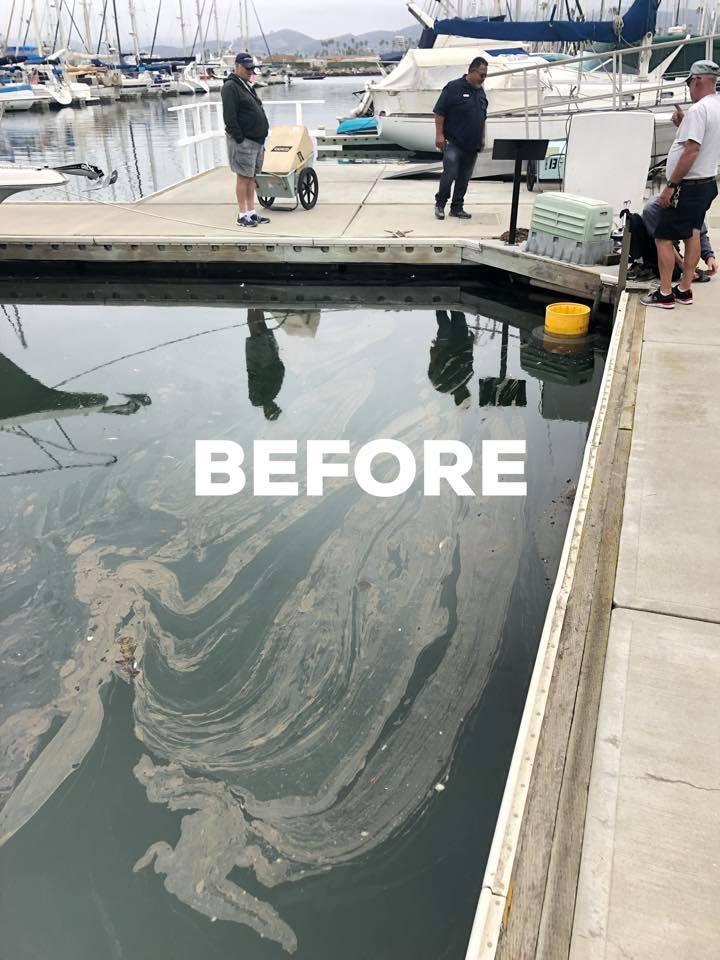 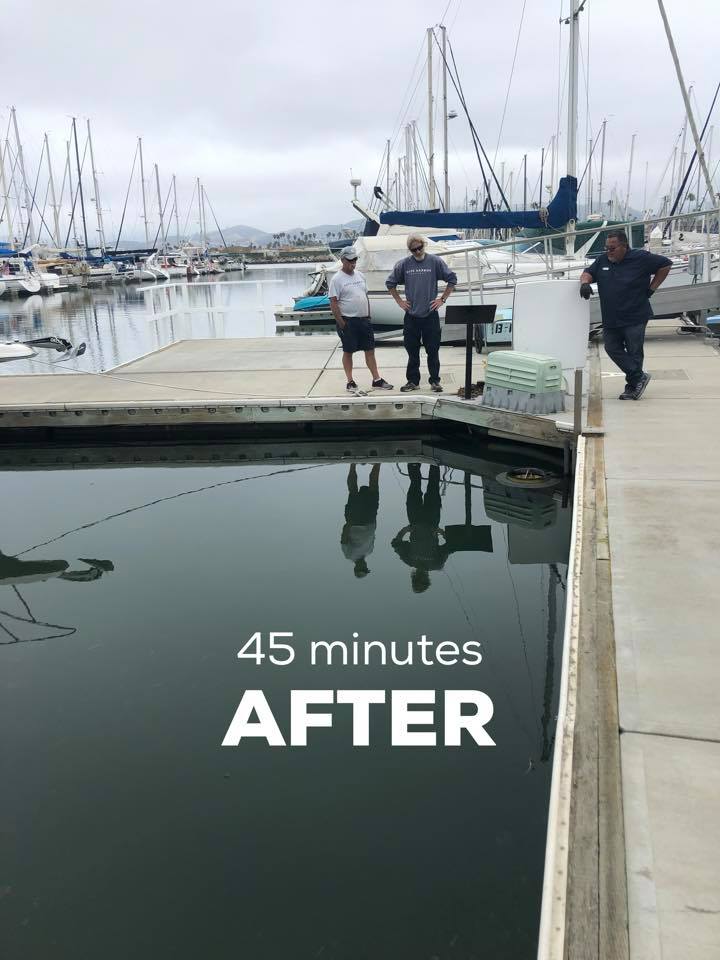 The future of the bin

Currently there is just the one model, skimming the top of the water, but Pete says there are many more plans for the bins.

“We’d like to see a fixed dock Seabin in Darling Harbour or Circular Quay, a commercial size Sea Skip that floats and holds 1.5 tons of marine litter and an upstream River Strategy Solution. It’s all very exciting.”

Through funding from Australian Ethical, Seabin will run more STEM (Science, Technology, Engineering and Maths subjects) lessons in local schools to educate the local community about the importance of reducing our plastic pollution.

“Our ultimate goal is to turn the tap off to plastic and litter in our waterways. That’s why education is so important for us. Technology alone will not save our oceans, it needs to come from everyone having accountability for their own actions, from the top down.”

We’re excited to be supporting this great work through a $20,000 Australian Ethical Community Grant. With the funding Seabin will install two bins in marinas on the east coast of Australia as well as run educational programs to help prevent more plastic reaching our oceans.

We’re pleased to announce 20 new community grant recipients for 2019. Each year we give away 10% of our yearly profits* to charitable organisations and social impact initiatives through the Australian Ethical Foundation. *After tax and before bonuses.