We’re keeping up the fight against live animal export 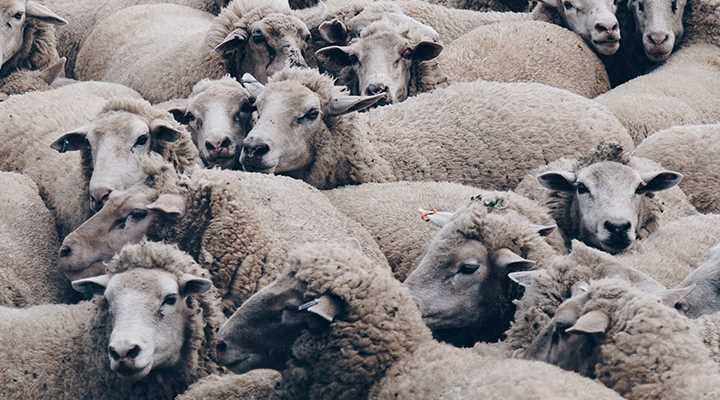 Australians were shocked when they saw animal suffering on board Australian live export ships earlier this year. People all over the country have called for an end to the trade. At Australian Ethical, we are maintaining the fight.

What is live animal export?

Live export involves sending live animals (usually cows or sheep) to another country. Australia predominantly ships cows to Indonesia and sheep to the Middle East for slaughter. Shipments to the Middle East take between two and three weeks.

We believe live export causes great and unnecessary suffering to the animals and should be banned. The industry has been plagued with animal welfare crises throughout its history and grapples with animal welfare issues that are inherent to the trade.

For sheep being sent to the Middle East, the biggest welfare issue is ‘heat stress’. Between May and October, temperatures around the equator and in the Persian Gulf can climb to over 40 degrees. Sheep are not great at regulating their body temperature and they can begin to suffer heat stress at around 25/26 degrees (wet bulb temperature). When sheep are in extreme heat stress, it can lead to vascular collapse and circulatory failure, depression of the nervous system including the respiratory centre, loss of consciousness and death. A former live export veterinarian describing sheep suffering heat stress said their blood was hot enough to scald and “their fat was melted and like a translucent jelly. They were cooking from the inside”.

Other welfare issues include:

What work have we done on the issue?

We’ve engaged with some of the companies we invest in including banks, insurance companies and a port logistics provider, asking them to reassess their policies on providing services to the live export trade. So far two companies have stated they will not provide services to live exporters going forward. After footage was released showing extreme animal cruelty on board live export ships, we were one of the first companies in Australia to state publicly that we do not support live export. We spoke to the media and wrote to the Federal Government calling for an end to the trade.  We sent one of our ethics analysts to help Animals Australia with their live export court challenge. We also promoted Animals Australia’s petition to end live exports on social media.

Most recently we wrote a submission in response to a public inquiry on the Australian Standards for the Export of Livestock (ASEL). ASEL sets out requirements to manage the risks to animals’ health and welfare throughout the export voyage.  We argued that ASEL is clearly not achieving its aims and called for significant changes to be made including penalties for high mortality voyages, reduced stocking densities and independent observers on all shipments.

In April this year, 60 Minutes broadcasted undercover footage taken on five live sheep exports from Australia to the Middle East. The footage showed extreme animal suffering. The release of the footage has had a significant impact.

The exporter involved, Emanuel Exports, had its licence cancelled by the Department of Agriculture. Emanuel Exports is the biggest exporter from Australia. The company has been involved in numerous high mortality voyages but, before now, never faced any serious consequences.

A Senator’s Bill to end long-haul live sheep exports to the Middle East passed the Senate in September but the Morrison government prevented it from being debated in the House of Representatives. The Bill is currently in limbo. However, Labor has committed to ending the live sheep trade within two years if they win the next Federal election. In September, the Queensland Labor Party voted for a complete ban on live export, including cattle.

In June this year, the Department authorised Emanuel Exports to export 58,000 Australian sheep to the Middle East (this was before their licence was cancelled). Animals Australia challenged the government’s decision in court, arguing the animal welfare risks meant the grant of an export permit was unlawful. The court case did not go ahead (the Department settled on a technicality which avoided any precedent being set). But the threat of Animals Australia challenging subsequent export permits meant far fewer animals have since been shipped live from Australia to the Middle East.

What can I do to help?

If you want to take action, the best start is to write to your MP and the Minister for Agriculture and tell them the live export trade is unacceptable. Keep up the communication, even if you have contacted them before.  It cannot be stressed enough how important it is that our MPs know the live export issue is still front of mind for voters.