We delivered strong performance in 2019 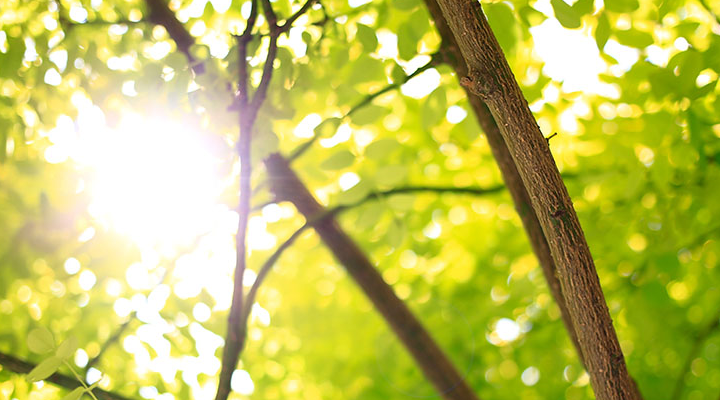 There was plenty of political drama in 2019, but that didn’t stop investment markets and our funds from achieving strong returns. Our Chief Investment Officer David Macri looks over the year that was.

It was another tumultuous year for global politics in 2019. We saw trade wars, citizen protests across the world on human rights and corruption, drone strikes on oil pipelines in the Middle East, Brexit, and the third Presidential impeachment in US history. Despite that, markets around the world posted some of their strongest performance numbers of the last five years. While at times negative developments in the US-China trade tensions and Brexit shook the markets, three rate cuts from the US Federal Reserve and good economic fundamentals (though with some signs of slowing) were more than enough to keep the markets buoyant following a significant period of volatility in the last quarter of 2018.

The year ended strongly with the US S&P 500 posting all-time high closing price levels across the year ending with 28.9% returns. The technology-focused US Nasdaq 100 had its best year since 2009, and the Shanghai Composite Index rose 22% over the year.

In Australia, despite lagging global markets, the S&P/ASX 200 reported its strongest performance of the decade. While this largely resulted from the strong performance seen globally, our local market was supported further by the Coalition’s surprise election win and a series of Reserve Bank of Australia (RBA) cuts which brought the cash rate down to a record low of 0.75%.

The RBA outlook is positive for the Australian economy, with their February 2020 statement predicting “growth [will] pick up over the next two years. The forecasts have also been revised a little lower in the near term to account for some effect from the recent bushfires and the coronavirus outbreak in China; beyond the near term, forecasts for growth are largely unchanged.”

How our funds performed

Australian Ethical’s positive and negative screening approach supported our performance in 2019. Our underweight position in the Australian banking sector, compared with the rest of the market, resulted in our Australian equities outperforming the market index. This was a result of further revelations of bank breaches and misconduct surfacing in the aftermath of the Royal Commission.

Another area where we were able to avoid negative market movements was in retail REITs, where we are underweight compared to the market. The REIT sector generally has benefited from a further decline in bond yields. However, retail REITs underperformed due to the declining performance of brick and mortar stores on the back of further growth in online retail sales. They were also affected by a significant decline in consumer spending, which hit its lowest level since the GFC.

Conversely, our overweight holdings in non-retail REITs Mirvac, Lendlease, Stockland and Charter Hall were all significant contributors to our performance, each appreciating by at least 40% over the year.

Two of our funds significantly outperformed their benchmarks over the past year. The Australian Shares Fund (29.6% before fees) and Emerging Companies Fund (52.5% before fees) both significantly outperformed their benchmarks (22.5% and 24.5%, respectively). Both funds benefited from strong performance in the healthcare, IT and financials sectors. During the last quarter of the calendar year there were two stocks in the healthcare sector which contributed strongly. Fisher and Paykel Healthcare (a long-standing holding of the Australian Shares Fund) benefited from earnings upgrades during the period and had a strong half year result. The outlook for earnings remains strong, based on their exciting nasal oxygen flow technology and new product releases in sleep masks. Cogstate, a recent entry into the Australian Shares and Emerging Companies Funds, appreciated 64% during the December quarter on the back of renewed interest in Alzheimer’s globally, which may ultimately benefit Cogstate’s cognition testing service.

The International Shares Fund also outperformed its benchmark (29.8% v 28.0%) due to the zero weighting to the energy sector (+11.3%) which was the worst performing sector over the year, and the relatively high weighting to the IT sector (+47.5%) which was the best performing sector. The screened exposure to the financials sector also contributed positively with our allocation returning 32.3% versus the benchmark’s return (for the sector) of 26.8%.

Fixed Interest also performed well over the year, appreciating 7.2% as yields continued to drop for the first three quarters of the year. Yields fell as central banks reversed their tightening policy, introduced several rate cuts, and gave indications to the market that we are in a ‘lower-for-longer’ interest rate environment.

This all culminated in delivering a 19.4% gross of fees performance for the Balanced Fund, which was the third highest calendar year return since the fund’s inception back in 1989 (and just shy of the 21.3% record return). This has resulted in the Balanced Fund outperforming the SR50 Balanced (60-76) Index over one, three and five years.

2019 was a big year in our property and alternatives asset classes. In April, through our investment in the Morrison Growth Infrastructure Fund, we invested in Sundrop, a tomato farm in Port Augusta, South Australia. The farm integrates its greenhouses with an onsite solar farm and desalinisation plant, reducing its dependence on grid energy and minimising its use of fresh water sources, thereby making it more immune to increasing energy costs and drought. This style of farming is a new method of agriculture, and one which is far less taxing on its local environment and resources. Sundrop currently produces 15% of Australia’s tomato supply.

September saw the completion of the Calvary Adelaide Hospital. The hospital’s construction was funded through the Dexus Healthcare Wholesale Property Fund, in which Australian Ethical is a cornerstone investor. The hospital, which is operated by Calvary Healthcare, is a 344-bed state-of-the-art facility and offers the only 24/7 private emergency department in South Australia, helping to reduce the burden on the state’s healthcare system. The hospital replaces Calvary’s 115-year-old Wakefield Hospital as well as Calvary’s rehabilitation hospital, while also adding 100 hospital beds to the region. Following a successful transition from the two previous premises, the new Calvary hospital opened its doors on the 7 January 2020.

Note: Past performance is not a reliable indicator of future performance.