No Meat May – are you up for the challenge? 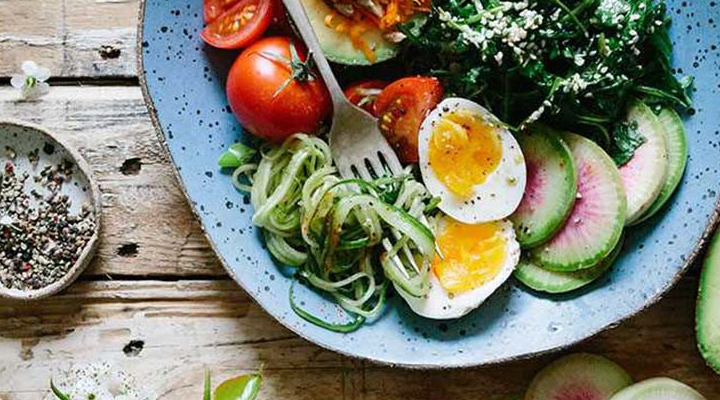 Cutting back on meat is one of the best actions we can take to save our planet. So if you’ve ever considered eating a more plant-based diet, why not join us and thousands of others around the world taking up the challenge?

There’s been a lot of chatter recently about the impact our meat consumption has on our environment, particularly in our fight against climate change.

While eliminating meat products entirely isn’t for everybody – it’s important to take into account your personal health – as a nation, we can certainly aim to reduce how many animal products we consume.

As the name would suggest, No Meat May encourages people to try giving up (or eating less) meat for the month. Their mission is to help people make changes slowly and find delicious and easy ways to switch out meat for plant-based alternatives.

At Australian Ethical some of our employees are taking up the challenge! Some will be simply reducing their meat consumption, while others will be going all the way and cutting animal products entirely. No Meat May isn’t about judging but encouraging each other.

If you want to give No Meat May a go, you can sign up here.

4 reasons why cutting down on meat will help our planet

Livestock accounts for 14.5% of all human-induced greenhouse gas emissions. Cows produce such high amounts of methane when they ‘burp’ that if they were a nation they would be the third largest greenhouse gas emitter (behind China and the US). The ‘burping’ cows produce methane 30 times more potent than carbon dioxide.

Reduce deforestation and land use

Animal agriculture is the leading cause of deforestation. Around the world mass amounts of land is cleared for animal agriculture, contributing to climate change. We need our trees – they capture greenhouse gases, like carbon dioxide, and prevent them from warming our planet.

According to a WWF report, Australia is one of the worst countries in the world for deforestation and the only developed country listed out of 11 alongside Borneo, Indonesia, Congo and Brazil. Land clearing is happening at a rapid rate in Queensland, predominantly for beef agriculture, putting our wildlife and rich biodiversity at risk.

Raising livestock for human consumption requires 80% of the world’s agricultural landand yet produces just 18% of calories.

The average meat-eater diet requires 15 times more water than a plant-based diet. A third of all water used in agriculture is used to produce animal products.

Switching to a plant-based diet can save roughly 5 million litres per year. That’s more water than you use for showers in two lifetimes!

By 2050 there will be an estimated 9.8 billion people in our world and demand for animal-based food is expected to increase by 70%. Turning animal feed into meat for human consumption is inefficient to feed a booming population. It takes 8 calories to produce one calorie of chicken meat, while a cow needs 34 calories of feed for one calorie of beef.

According to research in 2018, without meat and dairy consumption, global farmland use could be reduced by 75% and still feed the world.

When people try a plant-based diet there are a lot of questions about nutrition. It’s best to speak to a qualified dietician who can help you navigate your personal health choices. No Meat May provides some information to get you started here.

And why not give some of these tasty recipes a go?

Follow along with us on social media and let us know how you go!