How Powershop is disrupting the energy supply market 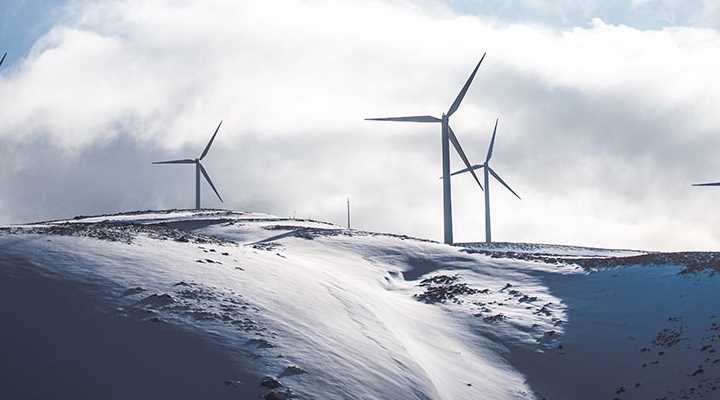 Here’s a company that not only shares our ethical principles, it also offers an alternative for customers who want a more ethical energy provider. Here’s why we think Powershop fits the bill.

It’s easy to feel a bit disillusioned about Australia’s transition to renewable energy given our politicians’ obsession with coal.

Yet again the argument about carbon emissions has resulted in a change of our country’s leadership. By contrast, the UK parliament has reached a bipartisan agreement on climate change and is on track to become carbon neutral by reducing emissions to ‘net zero’ by 2050.

Meanwhile, Australia has a new prime minister who infamously waved around a lump of coal in parliament – and an energy minister who has been fighting against the wind industry for two decades.

It can be slightly depressing watching the continued failure of our elected representatives on climate change. But don’t throw in the towel just yet – you can take action yourself by supporting energy companies that are doing the right thing!

Powershop provides the opportunity for people to spend less while changing the world for the better. A consumer-savvy blend of digital tools and environmentally conscious practices, this New Zealand-owned company takes compromise out of the equation. Its message is simple: Change Power, Change Lives.

Powershop is an online power company that’s changing the energy supply market. So what’s so clever about it?

Powershop offers an ‘online supermarket’ that allows customers to buy a suite of products, just like they would other consumer products. From their online account, customers can choose the cheapest available power, or different sources of renewable energy (even energy derived from sugarcane!). Customers can also choose to purchase power for the future, taking advantage of special deals so they can spread the cost of power over the year. So during spring, they might store up power for summer, ensuring they have enough to get through with no nasty bill surprises.

Aussie customers who use Powershop (currently only in NSW, Victoria and South East Queensland) know exactly how much electricity they are using and what it costs as they go. Powershop keeps customers informed weekly, showing comparisons in their weekly usage. This means no excuses for nasty bill surprises, and the opportunity to stay on top of your power usage – be it for financial or ethical reasons.

We don’t think it’s a big surprise that more than 100,000 customers are now using Powershop. It’s owned by a 100% renewable electricity company, Meridian Energy, and it’s been named Australia’s greenest energy supplier in three reports by Greenpeace (2014, 2015 and 2018).

In the 2018 Green Electricity Guide, released by Greenpeace Australia Pacific and the Total Environment Centre, Powershop received a near-perfect score of 9.7 out of a possible 10 when measured against seven criteria:

Powershop’s score is up from 8.6 per cent in the previous 2015 Green Electricity Guide. No other energy supplier scored higher in either report.

Powershop, based in Melbourne, owns only renewable energy assets (via its NZ parent company, Meridian Energy), has an emissions intensity of zero, supports the renewable energy target, stands publicly against coal and coal-seam gas mining, promotes GreenPower products and actively pushes the use of solar energy.

“If just one quarter of those communities were to develop a similar-sized wind or solar farm in their community, we would have added the capacity of a coal-fired power station to the grid,” he said.

Why does Powershop make a smart investment?

As well as its ranking of ‘greenest power company’, Powershop is Australia’s only electricity retailer to be certified 100% carbon neutral by the Australian Government.

As of 1 July 2018, Powershop’s NZ parent company Meridian now has net zero carbon emissions across its operations. In Australia, Powershop has seen good traction inVictoria, NSW and South East Queensland, with a net promoter score consistently above 50 (compared to the industry average of -14). Growing Powershop is a major focus of Meridian, especially with investment in large-scale renewable generation paralysed due to ongoing failures in Canberra to develop a national climate change policy.

Meridian Energy itself owns and operates nine wind farms and seven hydro stations across Australia and New Zealand, and currently serves a combined 35,000 customers. Meridian’s most recent Australian project is the 64-turbine Mt. Mercer wind farm just outside of Ballarat, which is capable of generating enough energy to meet the electricity needs of the entire population of Ballarat (about 80,000 households).

Why Australian Ethical invests in Powershop through Meridian

Powershop fits with our principles in that it is a company designed to put people and the environment first. It believes firmly in empowering its customers to take control of their energy bills and usage as well as focusing purely on clean, safe energy.

Powershop, its parent company Meridian, and Australian Ethical are all passionate about preserving the Renewable Energy Target in its original form. This is in stark contrast to other power generating companies that have campaigned against the RET and continue to support Australia’s reliance on fossil fuel-powered generation.

How Powershop supports you, the consumer!

Powershop provides people with the option to choose which renewable industry they wish to support – including community energy projects, landfill gas, energy from sugar milling, and other wind farms. Talk about giving the power to the people!

Power your home and your future with clean energy

You might consider switching to Powershop now – good for you! But if you stop there you’ll miss out on a simple step to make an even bigger impact.

Did you know that only 2% of super funds currently invest in climate solutions like renewable energy? If your super isn’t invested in a truly ethical super fund, the chances are you are inadvertently supporting the fossil fuel industry.

But you can change this. In just 3 minutes you can join thousands of Australians who are investing their super in a clean energy future. Join Australian Ethical today.