Harriet Spark, otherwise known as The Grumpy Turtle, is a tireless campaigner helping to stem the tide of plastic pollution in our waterways. We caught a brief moment when Harriet was out of the water to talk to her about why she became a spokesperson for the grumpy turtles of the world.

Did you have an ‘eco-epiphany’ moment when you first realised that you were really passionate about preventing plastic in the ocean?

“I became a dive instructor when I was 19, so I spent my early twenties underwater the majority of the time! Even though I loved diving and spent a lot of time in the ocean, I wasn’t really aware or engaged with the issues the ocean was facing until a few years ago.

“I’d started working at the aquarium in Manly and a colleague, Alicia Lloyd, (who founded Operation Straw with me actually) explained that the plastic lining in a takeaway coffee cup never breaks down and they’re not recyclable. My mind was blown, and then I just started learning more and more from there. We protect what we love, and because the ocean has brought me so much joy, I want to look after it and try and inspire others to as well.”

What’s the most alarming statistic that you’ve heard about plastic pollution?

“That every piece of plastic ever created still exists somewhere. That statistic makes my palms sweat with anxiety. Walk into a supermarket and it’s plastic city, and most of the packaging will be on the planet longer than we are.”

What kind of messaging do you think best gets through to people when you’re talking about the problem with plastic pollution?

“It depends. I think we need a combination of shock tactics and inspiration. Personally, most of the time I am a big believer in positive messaging. People need to feel inspired and empowered to act, not overwhelmed and dismayed. At the end of the day, not everyone cares about sea turtles (I know, I can’t believe it either). Messaging needs to change depending on the target audience.”

Do you know any stats about the extent of the plastic pollution problem from straws alone? How is it possible to get data on this sort of thing?

“I don’t know how many straws are ending up in the ocean, this would be a difficult figure to pinpoint. However I do know that Australians use almost 3 billion straws a year. More than eight million tonnes of plastic enters the ocean annually, and it breaks up rather than down. It just disintegrates into tinier and tinier pieces, and can be ingested by marine life of all sizes throughout the food chain when this is happening.”

Why is it that plastic pollution is so connected to our waterways?

“The phrase ‘all rivers lead to the sea’ rings very true when it comes to plastic. Plastic has catastrophic effects on the ocean in particular. Even if you don’t live by a beach, you still have a big impact on our oceans and marine wildlife.

‘STRAWkling’ is like snorkelling, except you go with the intention of picking up littered straws. Harriet often organises STRAWkles in Manly Cove because a lot of straws end up in the water in that area due to the number of surrounding bars and cafés.

“The majority of plastic in the ocean sinks, so what we’re finding on our beaches is just a fraction.”

Can you explain a situation where you’ve seen first-hand the impact of plastic pollution on wildlife? How did it make you feel?

“On one of the first STRAWkles of Operation Straw, we came across an octopus that had four straws in its tentacles. I always find sights like that so confronting, when we see nature interacting with items they should never have to interact with. It’s a powerful reminder of why it’s so important we change our own behaviour.” 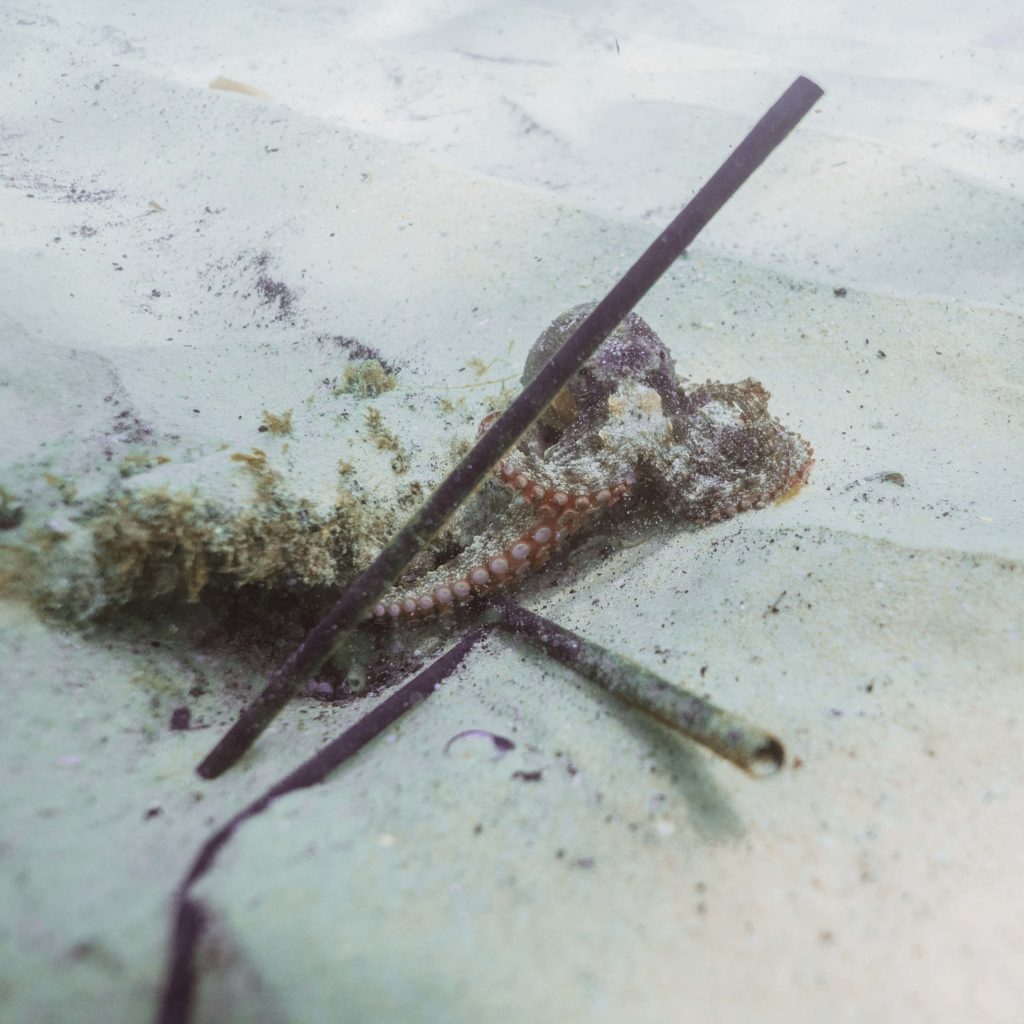 On her first ever ‘STRAWkle’ Harriet met this cute little octopus that seemed to think the four straws it had found were worth keeping.

In your view, how important is it for people to ditch single-use plastic, or even better, all plastic?

“I need to be honest, I don’t live completely single-use plastic free. I am inspired by those who do, but realistically this is very hard for the average consumer to do. The majority of what we buy comes wrapped in plastic and ultimately the problem shouldn’t be only the consumer’s burden to bear. Single-use plastic packaging is a design choice and more companies need to take responsibility for the products they make.

“In saying that, I never use the ‘silly’ single-use plastics. These are the items we use for a few moments that have readily available alternatives. Things like single-use plastic water bottles, plastic bags, disposable cups, cutlery and plastic straws. Everybody should be giving these up. I’d love to see our society become more aware of their impact and make choices reflecting this.

“It’s so easy to just go into a supermarket and not think about where our food comes from and what it’s wrapped in. I believe it’s essential that our society as a whole becomes more aware of their choices, and the impact of these choices on our planet.”

If you want to join Harriet for a ‘STRAWkle’ in Sydney keep an eye on her Facebook page for the next sessions: facebook.com/grumpyturtlecreative.